5 most Underrated Indian Cricketers at Present 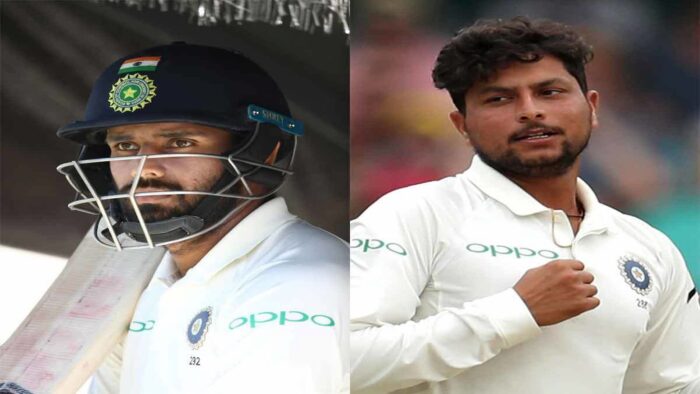 The Indian cricket team production line is one that has produced incredible talents over the years. There have been some legends of the game while there have been some who have not been able to make the mark. Despite the country honing plenty of talent, there are few who get muddled in between and end up as the most underrated Indian cricketers. It’s quite challenging to get a spot in the playing XI. The reason being the fierce competition and the number of standout players. This thing can be viewed in two ways. Good way is that India has so much talent that some are missed. And the other option is that the deserving cricketers might not get enough chances than they deserve. So in this article we’ll look at 5 most underrated Indian Cricketers at present.

Karun Nair is a classy right handed Indian batsman. The year 2016 was really a memorable one for Karun Nair. He made his ODI debut against Zimbabwe in July. This was actually a reward for his consistent performances in the Domestic Cricket. In November, he made his Test Debut for India. In his only third Test, he became India’s second triple-centurion after Virender Sehwag. He scored 303* against England and shocked everyone. He became only the third man in the game’s history to convert a maiden Test ton into a triple.

Though, apart from his brilliant performances, he could play only 6 Test Matches for India. Although, following his removal from the Indian Test squad, Karun struggled considerably in the domestic circuit as well.

Priyank Panchal is an elegant right handed batsman from Gujarat. Though, he has brilliant years in the domestic circuit. But till now, he hasn’t made his debut for Team India. Priyank played 100 First Class games for Gujarat. Though, after playing 100 FC games, he get a call from the Indian Team recently. Priyank Panchal replaced Rohit Sharma in the squad which will tour South Africa later this month. Though, he was a regular performer in the India A. But playing for India is just another achievement.

He recently led the India A side in South Africa. The 2016-17 Ranji season was a one to remember for the Gujrati batsman. With 1310 runs, he was easily the highest individual run-scorer for the season – with no one else crossing the 1000-run mark. Now, he got the Indian call. We have to see now how he performs of he get a chance.

Another Karnataka batsman in the list of 5 most underrated Indian cricketers at present. Karnataka is just so good in cricketing talent. Many players in the Indian Cricket Team have their origin from Karnataka. But, apart from all these players some players went missing. Sanju Samson is just another case. He is a classy wicketkeeper batsman. He is also a regular performer for his state team in the domestic cricket. Sanju played 55 First class games for Karnataka, but he is yet to make his debut in the Indian Test Team.

Though, he made his debut in the T20Is and ODIs, but he is not a regular player for the Indian Team. Samson also has good leadership quality which he has shown in captaining Rajasthan Royals in IPL. With the likes of Rishabh Pant, KL Rahul, Ishan Kishan in the squad, Sanju is quite ignored as a wicketkeeper option in the Indian team.

Hanuma Vihari has simply proved to be India’s long-term solution for a batting all-rounder in the longest format of the game. He is a classically correct middle-order batsman. Vihari has also piled up huge runs in the domestic cricket. But he is not given enough opportunities in the International Cricket which he deserves. He has played only 12 Tests for India.

Vihari is the solution for India’s middle order problem that is hurting India for some time now. He only played in difficult conditions like South Africa, Australia, New Zealand. He should have got the chance ahead of Shreyas Iyer in the recently concluded Tests vs New Zealand. Therefore, Hanuma Vihari is the second player in the list of 5 most underrated Indian cricketers at present.

Kuldeep Yadav is the first India left arm wrist spinner bowler. There haven’t been too many bowlers of his ilk in India, and Kuldeep, therefore, attracted immediate attention after successful stints at the Under-19 level. He is the only Indian bowler to take 2 hat tricks in ODIs. He also has hat trick in all the three formats of the game. Kuldeep Yadav is also the fastest Indian spinner to reach 100 international wickets.

At one point of time, wrist spin duo of Yuzvendra Chahal and Kuldeep Yadav was performing brilliantly for India. But a couple of bad games saw the end of Kuldeep Yadav. He is not in the options of Indian Cricket Team currently. Also, his IPL franchise KKR also not play him. But seriously, Kuldeep Yadav has a lot of potential remained in him. Kuldeep Yadav is the most underrated Indian cricketer at present.