The SportsLiteSports at just one click!
HomeCricket17th July in Cricket History: Mohammad Amir made a comeback at the...
CricketForever FactsToday's in History

17th July in Cricket History: Mohammad Amir made a comeback at the same venue after fixing scandal 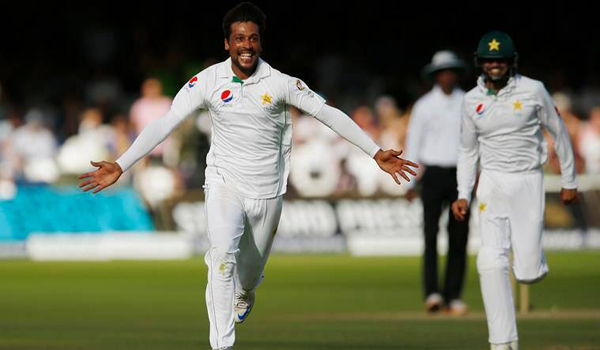 After 6 years, at the same venue, against the same opponents, Pakistan did leave all the wretched memories behind, played in an emphatic fashion, and won the Test match, on the 4th day of the Test, on 17th July 2016. Mohammad Amir who was found guilty in the fixing scandal, made a comeback in this match.

It was in 2010, during the Lord’s Test between England and Pakistan, the three players, from the visiting side, were alleged for spot-fixing and later it was proved that they were guilty.

Also Read: 15th Aug in Cricket History: MS Dhoni’s retirement made the whole of India cry on this day 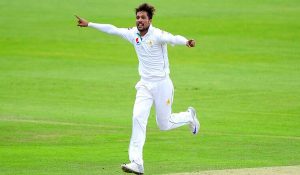 In reply, only Alastair Cook could convert the start into a good score of 81(124). Most of the England batsmen got the start but just couldn’t replicate Cook’s performance. 272/10 and they gave a vital lead of 67 runs to Pakistan. Surprisingly, on the Lord’s pace friendly track, leggie Yasir Shah took 6-72.

At the start of the 2nd innings, Pakistan had the game to lose and they were at one stage were 60/4, but Asad Shafiq’s 49, Sarfaraz Ahmed’s 45 and Yasir Shah’s 30 took Pakistan to a winning total. Chris Woakes had a good game, he took the second 5-fer of the match. He had match figures of 11-102. 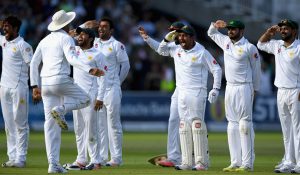 The target of 283 was always going to be tough on the 4th-day pitch and on the last innings of the match. England kept losing wickets at regular intervals and eventually were bowled out for 207. Every bowler bowled well. Yasir picked 4 and claimed a 10-fer in the match. Most fittingly, Mohammed Amir, took the last wicket of England’s innings and sealed the victory. He really had his redemption. From match-fixing scandal, then a ban and a comeback in the national side at the same venue and then winning the Test match, certainly no one knows what destiny will throw at you. 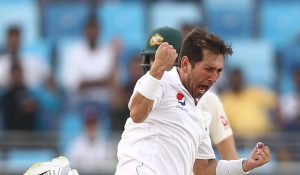 Pakistan won by 75 runs. Yasir Shah was announced as the Player of the Match for the figure of 10-141 and 41 valuable runs down the order for Pakistan.