The SportsLiteSports at just one click!
HomeCricketList of MS Dhoni's centuries outside India & Asia
CricketForever Facts 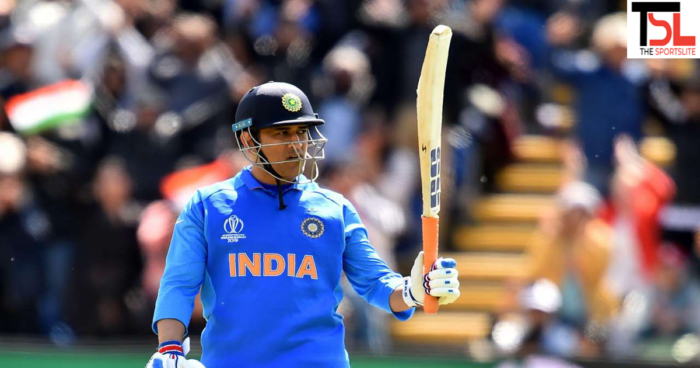 India’s talisman with the bat, wicket-keeping gloves, and captain’s cap, the legend, Mahendra Singh Dhoni has influenced millions of people, not only in India but all over the globe. His calm attitude, great thinking ability, and records over the years made him one of the greats. Now, let’s discuss MS Dhoni’s centuries outside India & Asia.

But the one thing Dhoni’s fans would want to forget is that MS has had no century outside Asia. Out of 10 ODI centuries, only 2 have come outside India, one in Bangladesh and one in Pakistan. So let’s discuss those two MS Dhoni’s centuries. 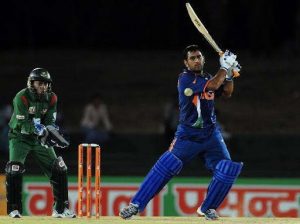 The match was a part of the Tri-Nation Tournament in Bangladesh and on 7th July 2008, India was up against the hosts at Sher-e-Bangla National Stadium, Dhaka.

Bangladesh won the toss and batted first. An overall team performance with the bat helped them to post a match-winning total of 297 in 59 overs.

India was in a spot of bother when Yuvraj was dismissed in the 9th Over. The score was 51/3 in 8.1 overs.

MS Dhoni, along with the young Virat Kohli consolidated first. Both assessed the situation pretty nicely and without taking any pressure kept nudging for singles and doubles. Both almost had the same strike rate.

This wasn’t a typical MSD inning, but still, he batted till the end and finished the game. India chased down the target in just 47.3 overs and won the match convincingly despite early wickets.

Kohli missed the century by 8 runs, while Dhoni remained not out on 101 in 107 balls with 9 fours. Of course, MS was named Man of the Match, and the century in outside India was updated in the MS Dhoni scorecard.

A century against Hong Kong in Asia Cup 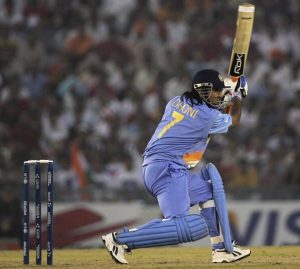 The game was against comparatively weak opponents and quite less experienced at the international level.

Hong Kong was the weak team, but it doesn’t lessen the importance of Dhoni’s knock. The unbeaten 109 runs in 96 balls by Dhoni set the game up for the likes of Suresh Raina who scored 101 in just 68 balls with 7 fours and 5 sixes. Both shared 166 runs in just 25.3 overs and helped to put the gigantic 374 on the board. Dhoni was not too behind in terms of big hits as he scored 6 fours and 6 sixes.

India bundled out Hong Kong for 118 in 36.5 overs. MS Dhoni also contributed in the field as he stumped 3 batters and caught one.

There might not be any other centuries by Dhoni outside India other than these two, but the sheer contribution that he has had over the years in Indian cricket makes him the best in the business.