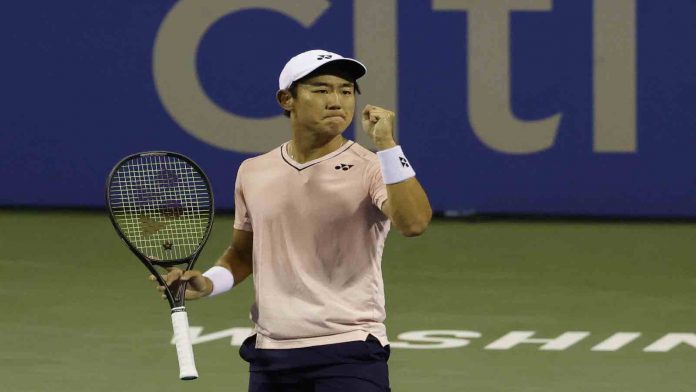 On Wednesday, October 19, the Japanese player Yoshihito Nishioka will face clay-court specialist Jaume Munar in the second round of the 2022 European Open in Antwerp.

Yoshihito Nishioka defeated French qualifier Luca Van Assche in a thrilling match to maintain his chances of earning a seeding slot at the Australian Open the following year. In the opening set, Nishioka’s fluid shots failed him, especially during crucial points of the game. He was broken just before the set was over, losing the set. However, Nishioka took control of this match after the second set, broke the qualifier three times to force a deciding. With so many twists and turns, the third set was just as exciting as the first. Nishioka missed seven chances to win the match before winning in the tiebreaker.

In Antwerp’s first-round match, Jaume Munar was the underdog. Despite surrendering the opening set in the longest match of the week thus far, the Spaniard broke Van Rijthoven at the start of the second set, and used his relentless attitude and counterpunching skills to claw his way back into the match. In order to force a decider, he continued to consolidate in each of his service games. Munar also restored parity in the third set after trailing by a break. After the set entered a tiebreak, the winner was determined by a single mini-break.

Nishioka ought to prevail in this contest thanks to his talent and form. Judging by his recent form, he is motivated to emerge from his longtime shadow of compatriot Nishikori.