Day 3: The American clash will take place in the second round, Tommy Paul vs Sebastian Korda 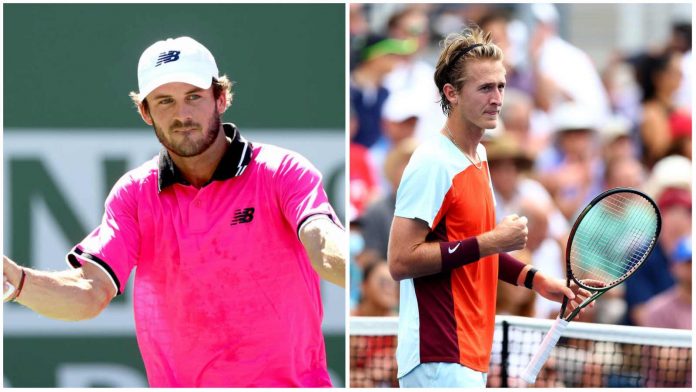 The 29th-seed Tommy Paul will take on his countryman, Sebastian Korda in the second round on 31 August. It will be an interesting all-American match. Let us check, Tommy Paul vs Sebastian Korda Prediction, Head-to-Head, Preview, Betting Tips and Live Stream- US Open 2022.

The World No 34, Tommy Paul had to advance to the second round a hard way. As he fought till the fifth set against the Spaniard, B. Zapata Miralles. Both opponents were hitting hard, clean and powerful sticking throughout the first three sets. However, Paul took the charge to step ahead of his opponent, taking him down to duck in the fourth set. However, Miralles fought till the end, but could not hold to the last game to take it to the 10-pointer tiebreak.

The unseeded Sebastian Korda managed to win the second set in the tiebreak 7-6(3) despite of slip of the first set by 5-7. The 22-year-old had to find a tough path to wrap up the third set to 7-5 with a crucial break of a game against Bagnis. Ultimately, Sebastian took upon the Argentine with a closing scintillating shot.

The World No 54, Sebastian Korda dominated Tommy Paul all over the years they clashed on the court in the ATP Tours. They met thrice and surprisingly all three were in the same year (2021) which resulted in Korda’s favour. In San Diego, U.S, Korda beat Paul in the R32.

Paul has a high quality of defence as compared to Sebastian Korda. It could be a whole level of strong sticking and tricky volleys near the net. However, Tommy Paul can produce a good performance which can let him get hold of Sebastian in the second round.