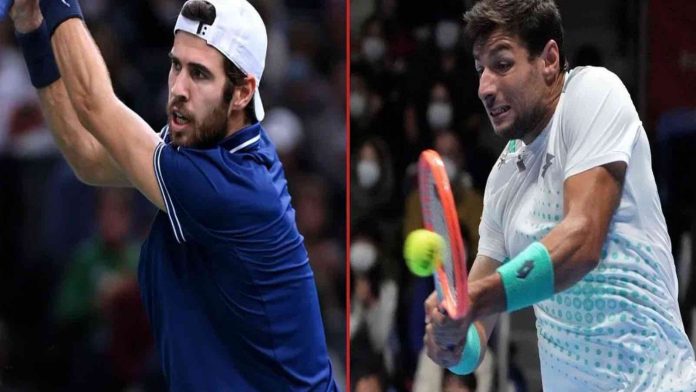 The 2023 Australian Open’s opening round will feature a thrilling match between Karen Khachanov and Bernabe Zapata Miralles on Monday.

Khachanov, who is the 18th seed in this year’s competition, has had a rocky start to the new season. He defeated Jack Draper and Pedro Cachin to go to the quarterfinals at the Adelaide International 1, but the following week, he was defeated by Draper in the second round at the same tournament.

Zapata Miralles, meanwhile, enters the competition with a career-high World No. 71 rating. His major breakthrough came at Roland Garros in 2017, as he advanced to the fourth round by defeating players like Taylor Fritz and John Isner.

Khachanov has a potent offensive style and frequently enters the game wanting to be the aggressor. However, he frequently achieves his finest success when he is able to combine his risky shot selection with methodical point creation. It is by no means a simple challenge to play someone as difficult as Zapata Miralles in the opening round of a Slam, but Khachanov’s better power off the ground should give him a clear advantage on the speedy hardcourts.

Prediction: Khachanov to win in 5