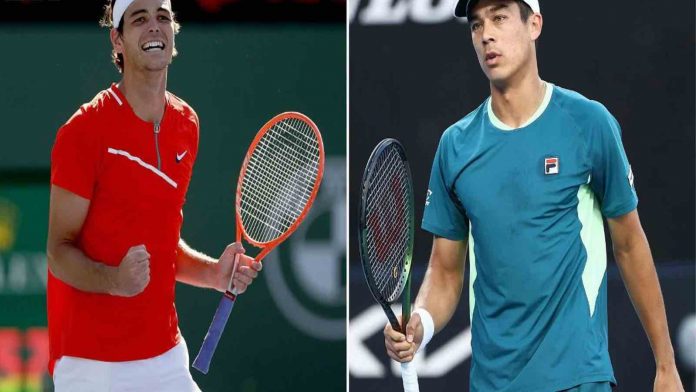 On Thursday, the 2022 Korea Open’s second round will feature a match between Taylor Fritz and Mackenzie McDonald of the United States.

Fritz’s season got off to a strong start with a fourth-round finish at the Australian Open. The biggest victory of his career came in the Indian Wells Masters, where he upset Rafael Nadal in the championship match to end the Spaniard’s 20-match winning streak. The following week, the 24-year-old advanced to the fourth round of the Miami Open. Over the weekend, Fritz participated in the Laver Cup, winning his single match against Cameron Norrie. He received a bye into the second round of the Korea Open since he was the second seed.

In their matchup, McDonald has a 1-0 advantage over Fritz. At the 2019 Delray Beach Open, he defeated them once in three sets.

Fritz will undoubtedly win this match thanks to his serve. He has won the 16th most service games on the ATP tour. McDonald’s serving statistics versus Martinez in the previous round were also rather strong. He pounded down 10 aces, won 83% of his first serve points, and never once dropped his serve. He’ll also need to maintain those numbers in the subsequent round. The fact that McDonald has a poor track record against elite opponents is a matter for concern. In his 21 games against the top 20 players, he has only triumphed in two. This year, he has faced nine of them and has only been able to win a few sets against them. The odds are stacked against Fritz, who is expected to win.