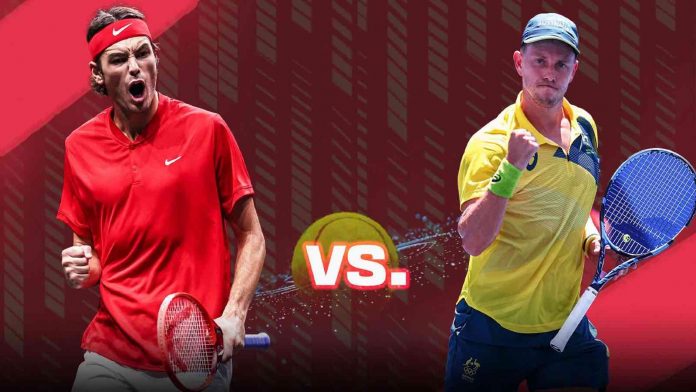 The 2022 Japan Open’s opening round will feature Taylor Fritz, the third seed, taking against James Duckworth, the 101st-ranked player in the world.

Fritz has had a lot of success this year. He first made it to the fourth round of a Major at the Australian Open at the beginning of the season. He struggled to win consecutive matches in the following two events until making a successful comeback at the Indian Wells Masters. Rafael Nadal’s 20-match winning run was broken by Fritz in the championship match, giving him the biggest victory of his career. At Wimbledon, the 24-year-old became the first player to reach a Major quarterfinal, but he fell to Nadal in a nail-biting five-set match. He lost against Brandon Holt in the opening round of the season’s last Grand Slam. He won his sole game against Cameron Norrie in the Laver Cup.

James Duckworth has had a difficult year because he was unable to repeat his previous season’s achievements. He needed hip surgery after losing in the first round of the Australian Open, which kept him out of action for four months. At the Lyon Open, he made a comeback but was defeated in the first round. In his following four competitions, including the French Open and Wimbledon, Duckworth was unable to go past the opening round. In Newport, where he advanced to the quarterfinals, he at last achieved his yearly goal of winning his first match. At the US Open, Duckworth was defeated by Dan Evans in the second round. At the San Diego Open, he advanced to his second quarterfinal of the year but fell to Marcos Giron.

In their matchup, Fritz is down 1-0 against Duckworth. At the Canadian Open in 2021, he defeated them in a single set.

In this match-up, Fritz is unquestionably the better server, which will greatly help him in his effort to take the upper hand. This season, he has also performed rather well in return games; he is presently rated 16th on the ATP circuit in that category. Duckworth is a tenacious athlete who doesn’t mind working hard to achieve his goals.