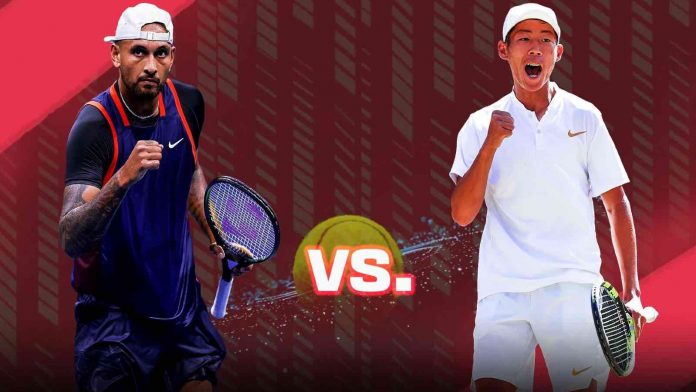 Wimbledon runner-up in 2022 At the 2022 Japan Open, Nick Kyrgios will face Tseng Chun-hsin in the opening round.

The current season has been Kyrgios’ greatest one yet. The Australian Open saw him lose in the second round of singles play, while he and Thanasi Kokkinakis won the doubles competition. At Wimbledon, Kyrgios made it to his first Grand Slam singles final but fell to Novak Djokovic in four sets. Subsequently, at the Citi Open, he won his first championship of the year. He then advanced to the quarterfinals of the Canadian Open. In the fourth round of the US Open, Kyrgios upset reigning champion Daniil Medvedev to get to the quarterfinals for the first time. After winning here in 2016, he has now travelled to Tokyo in hopes of winning another title.

Tseng Chun-hsin struggled in his Majors debut this year, failing to go past the opening round in all four Slams. His finest ATP tour performances are a few second-round appearances in Los Cabos and Seoul. However, the 21-year-old has been dominating the Challenger circuit. He has made it to two finals and won two championships. He has reached his highest position in the top 100 of the ATP rankings, when he was ranked No. 83, because to his achievements at this level.

Tseng will be hoping to do better than he did the previous week, or else he will be eliminated from the game once more. But Kyrgios has a long history of being quite reliable, so it’s difficult to imagine him failing to deliver on this.