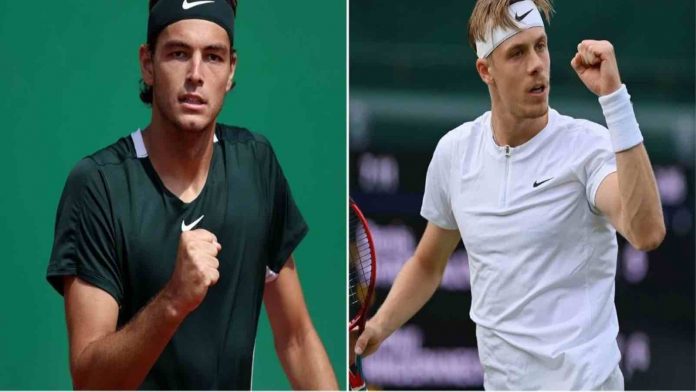 The 2022 Erste Bank Open second round will feature fourth seed Taylor Fritz versus World No. 19 Denis Shapovalov on Wednesday.

In the opening round, Yoshihito Nishioka faced up against Fritz. The first set ended in a tie-break because neither player came close to a break point. To win the opening game, the Japanese player prevailed. At 5-4, the American was serving to stay in the match, and he bravely saved a match point by holding his serve. The 2022 Indian Wells winner prevailed in the second tie-break of the match to keep himself in the running. In the decisive set, Nishioka got things started by going up a break and leading 3-1. Then, Fritz changed the course of the match by winning five straight games to take the contest 6-7(4), 7-6(7), 6-3.

In Vienna, Denis Shapovalov faced off against Jurij Rodionov to begin his campaign. In the seventh game of the first set, he successfully broke serve to take a 4-3 lead. To go up 5-4, the Canadian broke his opponent’s serve once more. He then served out the set in the ensuing game to win it. He broke Rodionov’s serve to open the second set, and he held serve in the following game to take a 2-0 lead. After that, Shapovalov kept the advantage. Rodionov fought back in the latter stages, saving three match chances on his serve to make the score 5-4. He had four break points in the game after that, but Shapovalov saved them to take the victory 6-4, 6-4.

In their matchup, Shapovalvo and Fritz are each up 4-2. At the 2022 Japan Open, the American prevailed in their prior meeting in three sets.

Both players possess a powerful serve and excellent shot-making skills. Just a few weeks ago, Fritz defeated Shapovalov in the third set of their previous match to win. The outcome of the match was decided by a narrow margin, and their following matchup is expected to be just as competitive. With his sixth straight victory, Fritz is currently playing better. He will be the favourite to win this contest and move on.