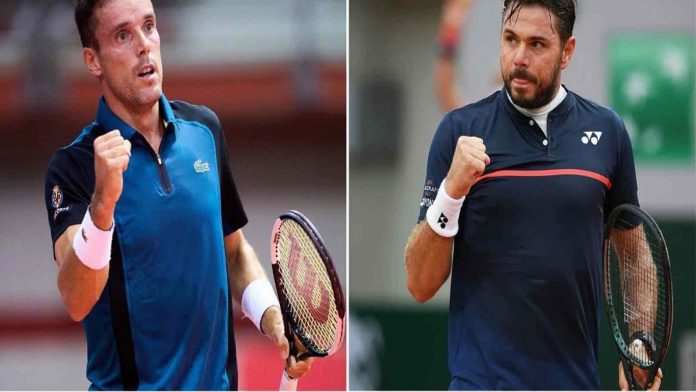 In the second round, Bautista Agut faced former World No. 1 Andy Murray after overcoming Laslo Djere in straight sets. The Spaniard fell behind 2-1 in the first set after losing an early break, but he quickly evened things up. In the ninth game, he won a break of serve to take a 5-3 lead. Prior to serving the final point of the set to take the lead, Bautista Agut turned away a few break points. He carried the momentum into the second set, where he had a 2-0 advantage. Murray had a chance to return to serving, but none of his break points were successful. To win the match 6-3, 6-2, the Spaniard won the final three games in a row.

In the second round, Wawrinka faced off against Brandon Nakashima. The first set was closely contested, with the Swiss taking the lead 5-4 after obtaining a serve break in the ninth game. In the ensuing game, he finished serving the set to win it. In the sixth game of the second set, Nakashima had three break points, but Wawrinka was able to break his serve and take the lead at 5-3. The American won the next four games in a row to win the set and force a deciding. In the final set, the pair played very well, but Nakashima was broken in the ninth game. The next game was subsequently concluded by Wawrinka, who won the match 6-4, 5-7, 6-4.

The previous two meetings between the two were evenly divided, tying their head-to-head record at 1-1. At the 2019 Qatar Open, Bautista Agut triumphed in their previous meeting in straight sets.

The Spaniard makes up for his lack of a powerful shotmaker like Wawrinka with his consistency. The three-time Major champion should be able to prevail if he isn’t too exhausted from his challenging three-set victory; if not, Bautista Agut will probably prevail.

Prediction: Bautista Agut to win in 3