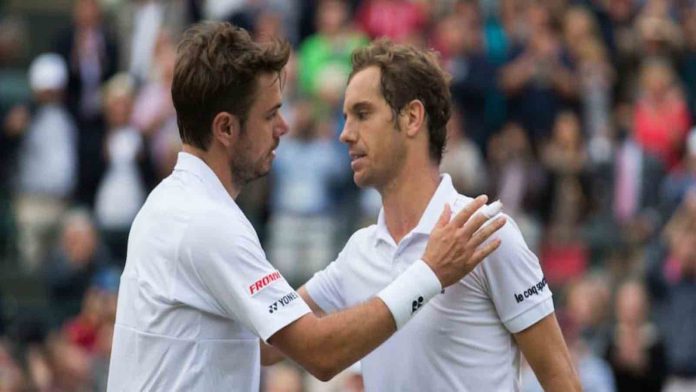 French wild card The Frenchman Richard Gasquet will face Stan Wawrinka in the opening round of the 2022 European Open in Antwerp.

For this competition, Stan Wawrinka has been given a wild card. Wawrinka returned in 2022 during the clay season after missing practically the entire year in 2021 due to surgery on his left foot, but he quickly dropped out of the top 300. Two victories in Rome elevated him to the 200s, but a run of first-round losses dropped him once more below the top 300. However, the Swiss eliminated Daniil Medvedev in Metz last month while competing as a qualifier to advance to the semifinals. Despite the fact that he failed to make a final for the first time since 2019, that run allowed him to climb significantly in the rankings and enter the top 200.

On his tournament debut in 2016, Richard Gasquet captured the Antwerp crown. In 2018, he also advanced to the semifinals, however over the previous three years, he had fallen in the opening round. The 83rd-ranked player in the world enters this year’s competition with a 22-17 overall record on the tour. He was handily defeated by Brandon Nakashima in the first round of the previous competition, which took place in Florence last week. Although the Frenchman hasn’t advanced very far this year, his best showing was a semifinal finish in Geneva. Additionally, he achieved four quarterfinal finishes in Winston-Salem, Montpellier, Marrakech, and Estoril.

Although they have only met three times, their rivalry stretches back to 2006, and Gasquet now holds a 2-1 advantage. Since Gasquet’s victory at Wimbledon’s quarterfinals in 2015, this will be their first encounter.

Wawrinka shown in Metz that he is still capable of winning significant matches, but he has played sparingly this year and his losses outweigh his victories. Although Gasquet’s recent play has been troubling, he has won games frequently this year. It will be a close fight, and perhaps a third set will be necessary to separate the two. Gasquet has a little advantage going into the first match thanks to his consistency and form throughout the year.