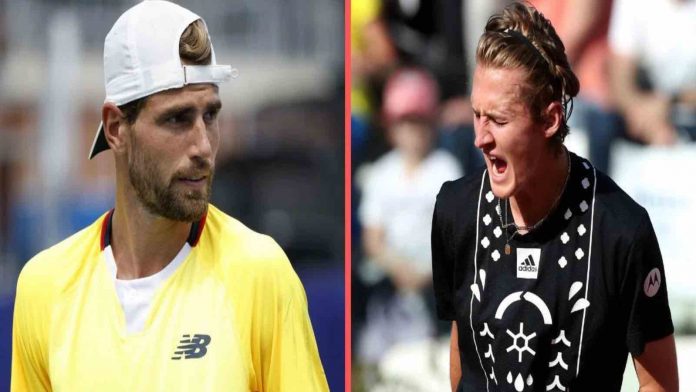 Maxime Cressy, the fourth seed, will play fellow countryman Sebastian Korda in the Tel Aviv Open second round on Wednesday.

Alexander Bublik was defeated by Cressy in the Hall of Fame Open final, 2-6, 6-3, 7-6(3), giving Cressy his first ATP singles victory. He also advanced to the finals of the Melbourne Summer Set 1 and the Rothesay International in Eastbourne. At the US Open, Cressy was the 30th seed, but an injury led him to drop his match against Marton Fucsovics in the first round.

Korda’s season has been dismal. The Estoril Open semifinal appearance is his finest performance. He also advanced to the round of 16 in the Western & Southern Open in Cincinnati and the Monte-Carlo Masters. Before falling to fellow countryman Tommy Paul in five sets, Korda advanced to the second round of the US Open. After competing at the Moselle Open in Metz, the 22-year-old defeated Hugo Gaston and Lorenzo Musetti to go to the quarterfinals. But he fell to eventual champion Lorenzo Sonego, losing 6-4, 6-4. In the opening round of the Tel Aviv Open, Korda met Turkish player Cem Ilkel. He defeated him 6-4, 6-4 to go to the Round of 16.

The contest is expected to be fiercely contested, but given Cressy’s erratic play at the moment, Korda ought to be able to prevail.