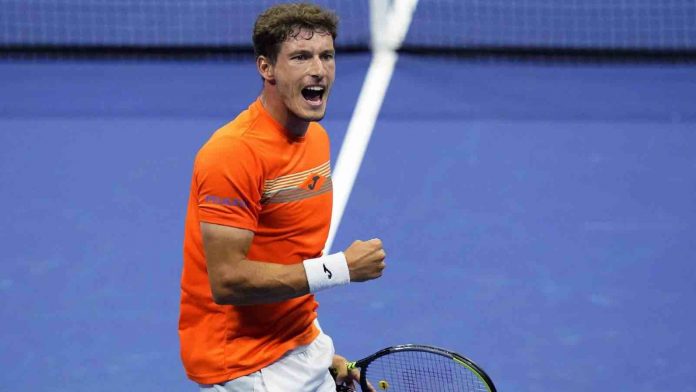 On Wednesday, October 12, Pablo Carreno Busta, the world’s fifteenth-ranked player, will play the 65th-ranked Thiago Monteiro in the second round of the 2022 Gijon Open.

Carreno Busta lost to Huesler in three sets in his first encounter since the fourth round of the US Open. Despite that defeat, Carreno Busta did advance to the US Open fourth round, and he also won his first Masters 1000 competition at the Cincinnati Masters. Carreno Busta has only participated in one indoor match this year, which he lost. This loss is likely a contributing factor to his general problems on this surface. Because his indoor record, which takes into account all tournaments, is a very dismal 36-35 for a player who has been ranked in the top 10.

While Carreno Busta received a bye in the opening round of the competition, Monteiro had to defeat Benjamin Bonzi. Despite entering the match as the underdog, the Brazilian found a way to defeat his opponent. In actuality, Monteiro defeated Bonzi in one hour and 23 minutes, beating the Frenchman 6-4, 7-5. Only two break-points were presented to Monteiro, who broke his opponent three times when given the chance. This victory came shortly after Monteiro demonstrated some growth on hard court surfaces by reaching the third round of the Cincinnati Masters and the second round of the US Open.

In their lone prior encounter, which took place at the Bastad Open in 2018, Carreno Busta triumphed 6-4, 6-3 on clay.

Given that Monteiro has pushed Carreno Busta in at least one set, this may not be as straight as Carreno Busta would want. However, count on Carrenos Busta to do the task.

Prediction: Carreno to win in 3