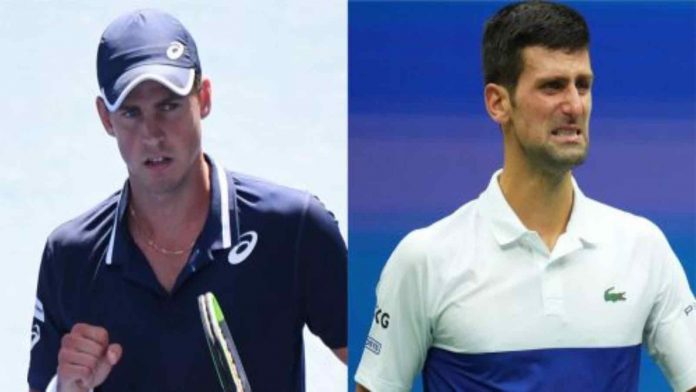 Vasek Pospisil and top seed Novak Djokovic will square off in the Tel Aviv Open quarterfinals on Saturday.

Despite not playing much tennis this season, the Serb has still managed to put on some incredible displays. At Wimbledon, he captured his 21st Grand Slam championship after winning the Italian Open. Djokovic entered the Tel Aviv Open as the top seed, earning a bye to the round of 16 after losing out on many major tournaments. He defeated Pablo Andujar 6-0, 6-3 in this round to guarantee his spot in the competition quarterfinals.

Pospisil fell to Marius Copil in the last round of qualification after defeating him in straight sets in the opening round. As a result, he was unable to advance to the Tel Aviv Open. But as a lucky loser, the Canadian was granted entry into the competition’s main draw. In his opening round match against eighth seed Tallon Griekspoor, the Canadian lost a set. He fought back, though, and won the second set in a tiebreak to send the match to a decisive round. Despite the close match in the decisive set, Pospisil broke his opponent in the eleventh game. Then, he maintained his serve to win the game and guarantee his spot in the round of 16.

In their head-to-head matchup, Djokovic is in the lead 5-0. He defeated the Canadian on hard courts three times. The Serb prevailed 6-4, 6-3 in their most recent encounter, which took place in the round of 16 of the Eastbourne International in 2017.

Pospisil has a reliable serve and will try to get as many unearned points as he can. The best returner of all time will be opposing him, thus his serve will be put to the test. In order to guarantee his spot in the Tel Aviv Open semifinals, Djokovic easily defeated Andujar. He should also easily defeat Pospisil.