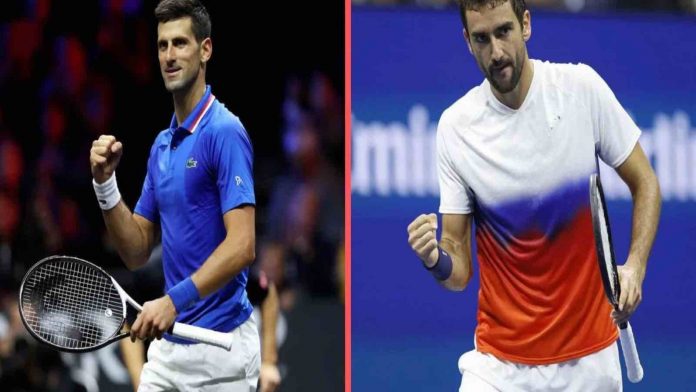 The Serb has performed admirably in the competition so far and hasn’t lost a set. Being one of the top four seeds gave him a bye into the second round. He then destroyed Pablo Andujar 6-0, 6-3 to get to the quarterfinals. In order to get to the semifinals, Djokovic here overcame his buddy Vasek Pospisil 7-6(5), 6-3. When the Serb and Roman Safiullin met, the Serb easily won the opening set, 6-1. He won the second set, which was closely contested, 7-6(3) in the tiebreaker to win the match and guarantee his spot in the championship match.

In the round of 16, where he defeated Dominic Thiem 6-7(6), 6-2, 6-4, Cilic, like Djokovic, had a bye. This was the first time Cilic had beaten the Austrian. When Liam Broady was forced to retire from their quarterfinal matchup, the Croat received a walkover into the semifinals. He won this match 7-5, 6-3 over Constant Lestienne to get to his maiden season final.

On a head-to-head basis, Djokovic has an 18-2 advantage against Cilic, and the two will square off on Sunday for the twenty-first time. Their third encounter will take place at the finals.

The contest is expected to be thrilling, and Djokovic should be able to triumph in this battle of the Balkans and win his third championship of the year.