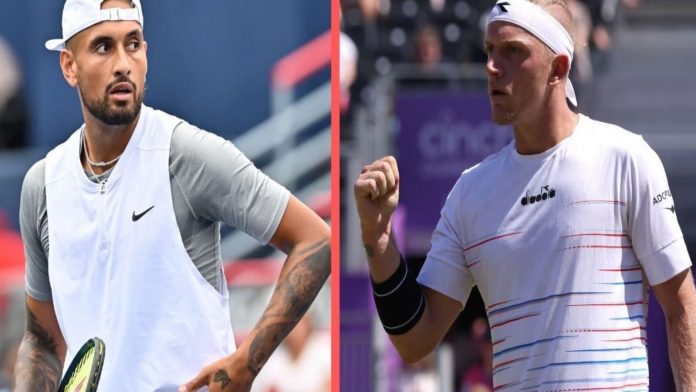 Nick Kyrgios will lock horns with Alejandro Davidovich Fokina in his first round match at the Cincinnati Open 2022.

Prior to being defeated by Hubert Hurkacz on Friday, Kyrgios had a winning streak of 15 games in a row. The World No. 10 overcame the Australian 7-6(4) 6-7(5) 6-1 after winning the match with huge serves. After defeating World No. 1 Daniil Medvedev to get to the quarterfinals, the 27-year-old Citi Open was considered one of the favourites to win the Canadian Open.

Davidovich Fokina, on the other hand, has had an ordinary season thus far with 18 victories and 19 losses. He hasn’t advanced past the quarterfinals at any tournament this season, with the exception of the Monte Carlo final, where he fell to Stefanos Tsitsipas in straight sets. He was up a set and 3-0 in the third set in his 2022 Canadian Open first-round encounter against Diego Schwartzman when the Spaniard rallied to win. The World No. 36, who has also had difficulty progressing past the second round at all three Grand Slams this year, is anticipating making a strong showing at the Cincinnati Open before going on to the US Open.

Nick and Alejandro have never played each other before.

Kyrgios has a powerful serve that gives him an advantage over most rivals. He is at the peak of his game right now, and lately, he has been concentrating on winning big tournaments before the US Open. For the clay courts, Davidovich Fokina’s game is ideally suited. He enjoys playing lengthy rallies and using strong groundstrokes to transition from defence to offence. His exquisite backhand frequently changes the course of matches.

Kyrgios has the advantage and should prevail given his current form.