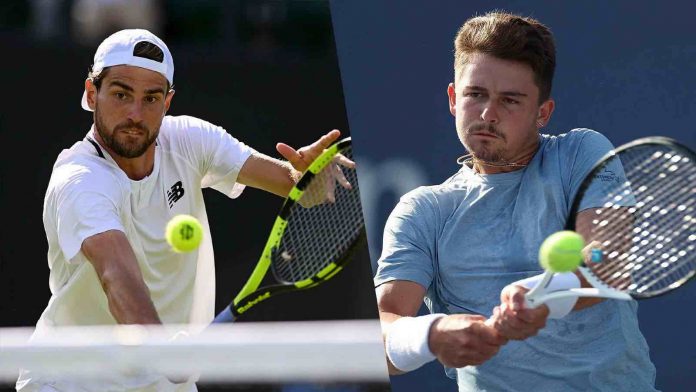 The 2022 Firenze Open’s second round is scheduled to include a match between Americans J.J. Wolf and Maxime Cressy.

Cressy began the year by beating competitors like Reilly Opelka and Grigor Dimitrov to go to the final of the Melbourne Summer Set. He then suffered a straight-sets defeat to Rafael Nadal. The American’s fourth-round appearance at the Australian Open marked his highest Major performance to date. The American won his first ATP championship in the Newport Hall of Fame Open. The Winston-Salem Open quarterfinal appearance was his next-best performance. Cressy was then eliminated from the US Open in the opening round. In the opening round of the Astana Open last week, Cressy was defeated by Karen Khachanov. He gained a bye into the second round in Firenze since he was the fourth seed there.

J.J. Wolf, on the other hand, was matched up here against Francesco Maestrelli in the opening round. In the very first game of the match, the Italian got a break. This lone serve break turned out to be more than enough for him to win the first set. At the beginning of the second set, Wolf was in danger of losing an early break, but he was able to hold serve. The American then upped his game, breaking twice his adversary’s serve to win the set and force a tiebreaker. To win the match 4-6, 6-2, 6-1, Wolf won five straight games in the last set, which was a bit one-sided.

This will be their first meeting so the head-to-head is at 0-0.

Cressy has mostly been inconsistent notwithstanding a few successful outcomes. Here, Wolf has an excellent chance of pulling off an unexpected victory, especially if he can break down his opponent’s serve and extend the rallies. Although the outcome of the match could go any way, Cressy will be the slight favourite to win because of a superior season than his countryman.

Prediction: Cressy to win in 3