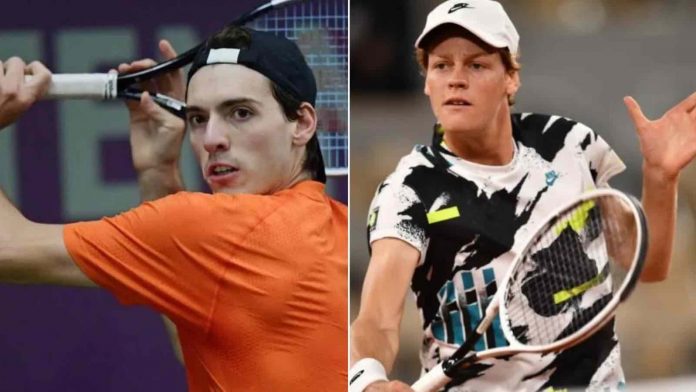 On Monday, October 31, the 2022 Maris Masters’ opening round will feature world no. 62 Marc-Andrea Huesler of Switzerland versus world no. 12 and number 11 seed Jannik Sinner of Italy.

Huesler is currently ranked number one in Switzerland as Roger Federer has retired and Stan Wawrinka is having trouble regaining his previous form. After winning the doubles at Bastad with partner Dominic Stricker, he went on to win his first senior singles championship in Sofia by defeating the Dane Holger Rune in the final. This accomplishment is not solely the result of luck; rather, it is the result of merit. In the opening round of his hometown competition in Switzerland last week, he had the unfortunate encounter with Felix Augur-Aliassime, who went on to win. But by defeating the Frenchman Hugo Gaston in three sets and the Serb Laslo Djere in two, he has qualified for the Paris Masters for the first time.

Sinner still harbours dreams of making the ATP Finals in Turin, but he will need to play exceptionally well in Paris to do so. He declined the opportunity to compete in the NextGen ATP Finals because he felt that he had advanced beyond that point. The Croatia Open in July was the only victory the 21-year-old has had so far in 2022. Sinner made the quarterfinals in Sofia and Vienna after reaching the semifinals at the US Open, which should give him some confidence going into this tournament. He should start out as a massive favourite going into this first-round encounter.

The previous match between the two took place in Sofia two years ago, with Sinner coming out on top in two sets.

Although Huesler has made significant improvements, Sinner will be focused on winning since he knows there is no space for error at this point in the season.