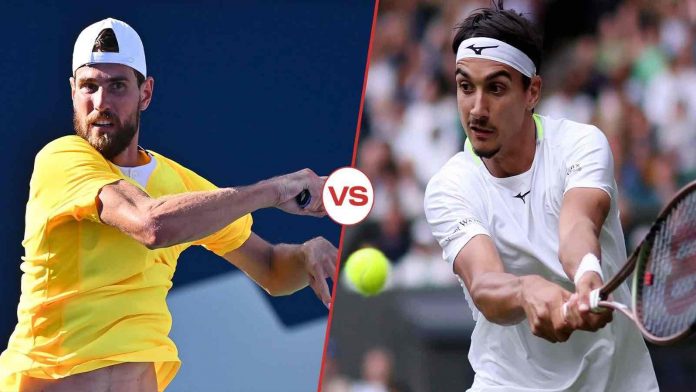 Fourth seed Maxine Cressy will square off against fourteenth seed Lorenzo Sonego in the third round of the 2022 Winston-Salem Open.

Cressy, who is currently rated No. 34, has gradually moved up the ranks after beginning the year outside the top 100. The American who was born in France has enjoyed one of his best seasons to date after winning his maiden professional championship at the Newport Open. Cressy defeated James Duckworth 6-3, 6-3 in the second round after having a first-round bye. He smashed a remarkable 13 aces and had a 90% success rate on his first serve.

Despite winning the Austrian Open trophy in doubles this year with Pedro Martine, Sonego has failed to establish himself as a singles player. He has so far won two championships in his career, the most recent of which was in 2019. At Wimbledon, when he advanced to the Round of 32 before falling to Rafael Nadal, he recorded his most recent singles match victory in the main tournament. His performance at the Argentina Open in February was his best of the year. He advanced to the semifinals. He had a first-round bye at the Winston-Salem Open and beat Alejandro Tabilo 7-5, 6-1 to get to the third round.

Cressy and Sonego will face each other for the first time at the Winston-Salem Open, so their head-to-head stands at 0-0.

Sonego will need to hunt for an early opening to apply pressure and prevent his opponent from gaining momentum. He has a reputation for using flat groundstrokes, is able to pace himself, and can return Cressy’s serve. The Italian, on the other hand, has a poorer serve and can struggle to maintain his composure. In their first career meeting, expect Cressy to come out on top and progress to the next round.