The SportsLiteSports at just one click!
HomeTennisWho is Petra Kvitová? Know all about Jiří Vaněk
Tennis

Who is Petra Kvitová? Know all about Jiří Vaněk 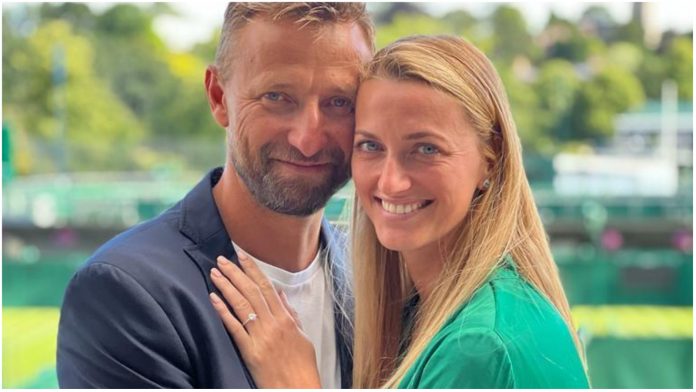 The two-time Wimbledon champion, Petra Kvitová is a Czech professional tennis player. The 32-year-old is currently ranked as World No. 21 by WTA. She was rated career highest as World No. 2 on Oct 31, 2011. Petra is one of the most experienced players in women’s tennis. Jiri Vanek coached Petra for a few years.

Who is Petra Kvitová? Know all about Jiří Vaněk

Who is Jiří Vaněk?

Petra and Jiri have been in a romantic relationship since August 2021. Recently, Petra shared her engagement news with her fans with Jiří Vaněk On Wednesday, 24 August 2022. Kvitova also expressed her merriment by saying ” said ‘yes’ in my happy place”.

The 32yo Czech will compete in the U.S Open 2022 as the top seed after her incredible few weeks. She has in total achieved 29 career titles including two Wimbledon trophies. Still, this week she was incredibly showcasing herself on the court at Cincinnati.

Read: Alexander Zverev withdraws from U.S Open 2022 and why?