The SportsLiteSports at just one click!
HomeTennisAlexander Zverev withdraws from U.S Open 2022 and why?
Tennis

Alexander Zverev withdraws from U.S Open 2022 and why? 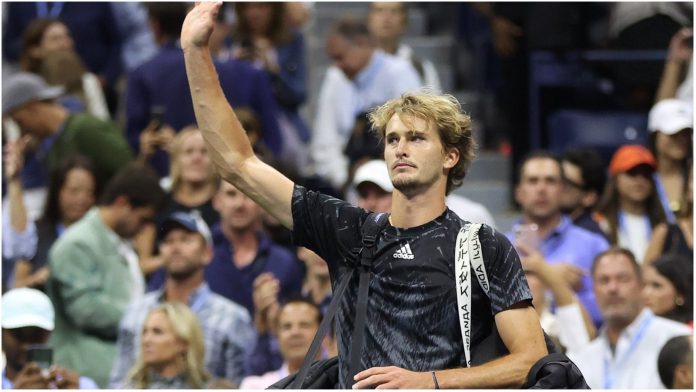 The World No. two Alexander Zverev announces he withdraw from the U.S Open on Monday. Zverev was earlier got injured in the semifinal of the Roland Garros 2022 playing against Rafael Nadal. The 25-year-old was very unfortunate about his ankle injury that lead him out of tournaments amid it.

Alexander Zverev reached his career’s highest ATP ranking after he entered the Roland Garros 2022 semifinal this year. However, the German No. one could not recover to his best to compete in the 2022 U.S Open. He announced the news on Monday.

The reason stands strong, as he is yet to completely recover from his misfortuned ankle injury to be competing this year. Ahead of the second set tiebreak Zverev accidentally twisted his right ankle while chasing a ball down the baseline. That immediately made him walk over the match letting Nadal enter the finals.

Zverev has been playing in the main draws for six years, also he was the runner-up in the 2020 U.S Open against Dominic Thiem. This will be the first time after a long period of time Sasha will miss the U.S Open, additionally, he will have to still wait for his first Grand Slam.

However, Stefan Kozlov of America replaced Alexander Zverev in the main draw. Ultimately, the second seed will be missed very much this hard-court major season.

Have a beautiful day ahead!