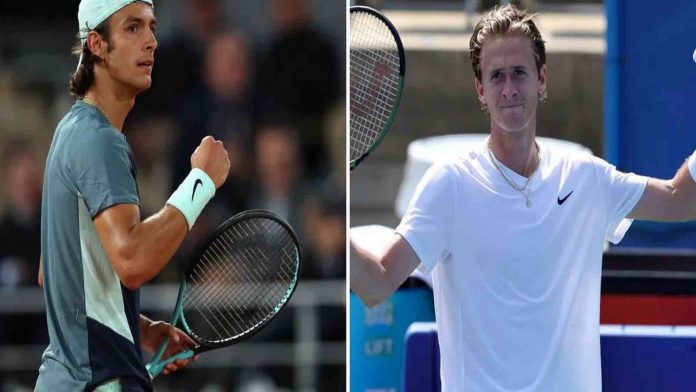 In the 2022 Moselle Open’s second round, third seed Lorenzo Musetti will take against world No. 49 Sebastian Korda.

Musetti began the year by losing in the first round of both the Australian Open and the Adelaide International. Musetti’s performance in Morocco’s quarterfinals marked the start of the clay swing. After that, he advanced to the third round at Madrid, Barcelona, and Monte Carlo but lost in the opening round of the French Open. After Wimbledon, Musetti returned to the clay court to play and captured his first career victory in the Hamburg European Open. In the final, he overcame the strong Carlos Alcaraz. In spite of the fact that he failed to win a match on a hard court prior to the US Open, he was nevertheless able to get to the third round of the season’s last Grand Slam.

Hugo Gaston was the opponent for Sebastian Korda in the opening round of the Moselle Open. He took an early break to go up 2-0, but his opponent rallied to tie the game. The American then won the next three games to seal the opening set. Throughout the second set, both players had a few breakpoint opportunities, but no one was successful. Gaston had a few set points on his serve with Korda serving to remain in the set at 6-5, but he was unable to win it. This cost him dearly as the American won the match 6-3, 7-6 with to an almost flawless performance in the tie-break (2).

Musetti has a 2-1 head-to-head advantage over Korda. At the 2022 Madrid Open, he defeated them in straight sets.

Although both players are capable of serving pretty effectively, they occasionally miss the shot entirely. Even though Korda performs far better on hardcourt than he does on clay, Musetti handily prevailed in their prior meeting in Madrid this year. This time, anticipate the American to reverse the situation and advantage.

Prediction: Korda to win in 3 sets