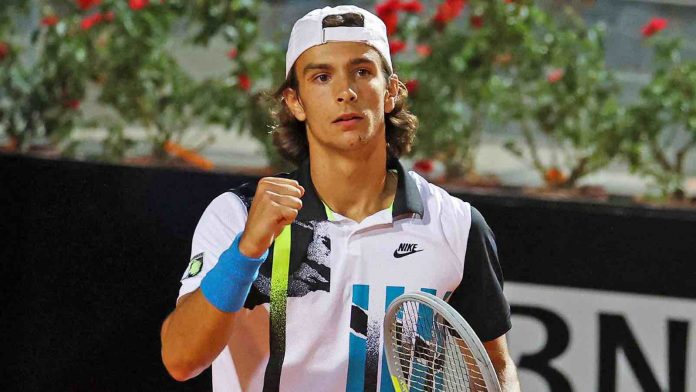 The semifinal of the 2022 Tennis Napoli Cup will take place on Saturday, October 22, and Lorenzo Musetti, the fourth seed from Italy, will face Miomir Kecmanovic of Serbia.

Ranked 24 in the world This month, Lorenzo Musetti has advanced to his third straight semifinal. In the quarterfinal on Friday, the fourth seed defeated Daniel Elahi Galan in just one hour and 18 minutes. In the third game of the first set, Musetti recovered from being down 0-40 to hold serve. From that point on, the Italian took control of the match and never seemed vulnerable, winning 6-3, 6-0. Musetti reached 25 winners throughout the contest’s one hour and 18 minutes. He capitalised on four of the ten break points he owned while saving all seven break points he faced during the match. Musetti defeated Laslo Djere 7-5, 6-4 in the second round after receiving a bye in the first round.

Ranked 30 in the world On Friday, Miomir Kecmanovic defeated the top seed Pablo Carreno Busta in the quarterfinal to advance to his third season semifinal. The Serbian won 7-5, 6-2 over the Spaniard. Kecmanovic broke in the first game of the match, but Carreno Busta levelled the set at 5-5 and Kecmanovic wasted two set points in the ensuing game. However, the Serbian player broke once more in the following game, maintained serve, and won the opening set. In the second set, the 23-year-old was even more dominant, breaking the top seed twice to secure the victory in an hour and 36 minutes.

Musetti is the favourite because of his recent performance as well as the fact that he is playing at home. A competitive three-set match is anticipated, with the Italian moving on.