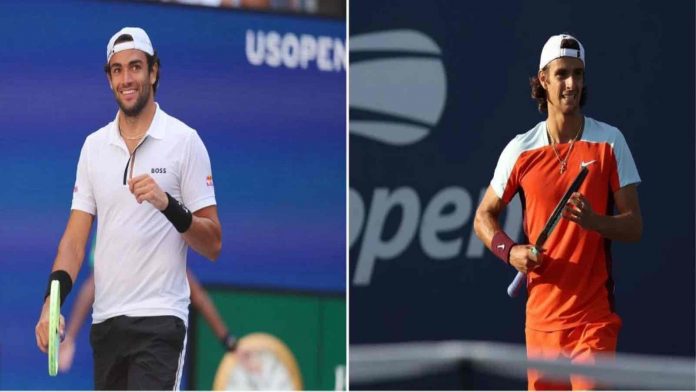 On Sunday, the first Tennis Napoli Cup will feature an all-Italian final between Matteo Berrettini and Lorenzo Musetti.

To advance to the semifinals, Berrettini defeated Taro Daniel and Roberto Carballes Baena in straight sets. For a position in the championship game, he had to defeat Mackenzie McDonald. In the first set, McDonald jumped off to a quick 5-0 lead, but he had some difficulty winning it. In the second set, Berrettini had a break advantage twice, but McDonald was able to return to serve both times. The Italian eventually won the tie-break to win the set and force a deciding after it entered a third set. Despite labouring physically with a foot ailment at this time, Berrettini had the momentum. He won the final four games of the match to record a comeback victory of 3-6, 7-6 (2), and 6-3.

Lorenzo Musetti defeated Laslo Djere and Daniel Elahi Galan to go to the semifinals, where he faced off against Miomir Kecmanovic. The Italian lost a break and trailed 2-1 in the opening set. He swiftly turned things around by winning four straight games to go up 5-2 and served out the set to win it. Musetti won the match 6-3, 6-4, thanks to a single break of serve midway through the second set.

Musetti hasn’t dropped a set this week and appears to be in excellent shape. A completely fit Berrettini might have had a chance, but given the physical struggles of the previous Wimbledon finalist, the younger player is more likely to win the match.