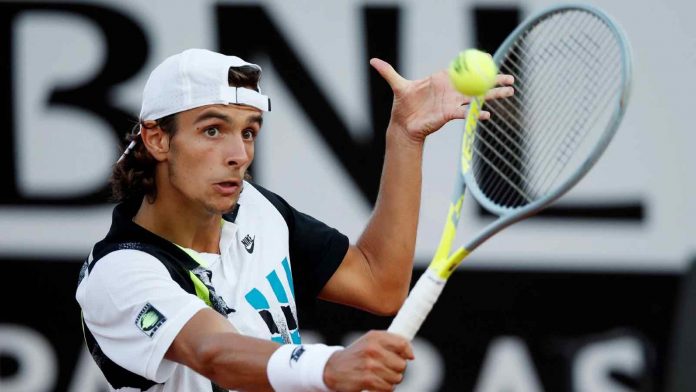 Lorenzo Musetti, the world’s 30th-ranked player, overcame a fright in the opening round when he had to come back after falling behind a set to defeat Alexandar Lazarov of Bulgaria in two hours and 42 minutes. The fourth seed, who received a bye in the first round, struggled in the tiebreak of the first set. At 6-5 in the second set, Lazaroz served to win the match, but Musetti broke back to even the score before taking control of the contest. He defeated the World No. 334 with scores of 6-7 (5-7), 7-6 (10-8), and 6-2 after taking the hotly contested second set tiebreak.

Jan-Lennard Struff of Germany defeated Ugo Humbert of France in straight sets to advance to the quarterfinals. Struff, who is rated 132nd, controlled the match from the beginning to the end, needing only 62 minutes to defeat the World No. 110, 6-3, 6-1.
Struff didn’t see a single break point throughout the match, and in both sets, he broke the lefty twice. The German won 95% of the points (21 of 22) on his first serve, which is an impressive statistic. But only 54% of his first serves were accurate. Struff, who was competing as a qualifier, defeated Dusan Lajovic after coming from behind in the first round. In his two qualification matches, he had triumphed in straight sets.

Musetti is the favourite to win this competition, despite Struff’s strong performance throughout the event. The Italian should make it to the semifinals.