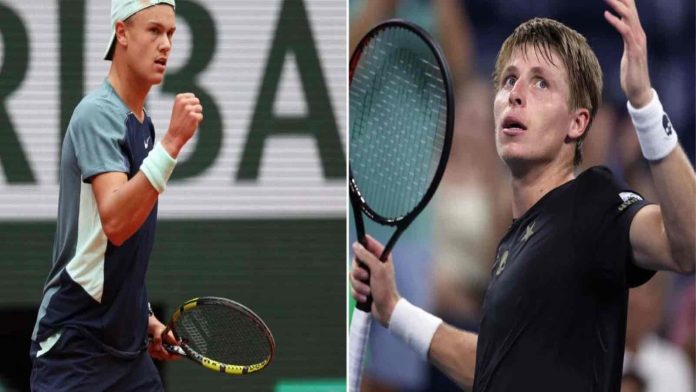 On Friday, Holger Rune and Ilya Ivashka will square off in the Sofia Open quarterfinals.

Rune defeated Tim van Rijthoven in the first round in two close sets, setting up a matchup with Lorenzo Sonego in the second. Last week, the Italian had just won the Moselle Open. In the first set, the pair only created one break point opportunity for each of them. Sonego won the tie-break in the end after losing just one point, taking the first set. Given how successfully both players were defending their serves, it appeared as though the second set might end in a tie-break as well. Rune ran away with the final three games of the match to secure a 6-7 (1), 6-4, 6-3 comeback victory after the match was deadlocked for the whole of the decisive set.

In the second round, Grigor Dimitrov, the third seed and hometown favourite, faced Ilya Ivashka. Ivashka broke serve to win the opening point of the game. In the following game, Dimitrov had a break point to return to serving, but the Belarusian held serve to make it 2-0. He didn’t waste the advantage and won the set late in the set by breaking his opponent’s serve once more. In the 12th game, Dimitrov also turned away a few match points to force a tie-break. Ivashka cruised to a 6-3, 7-6 (3) victory because he was simply too reliable in the subsequent tie-break.

After dropping the first set in the second round, Rune’s game clicked into place and underwent a few small tweaks. He controlled the action for the majority of the game and will try to press his advantage against Ivashka again. The adolescent appears to be on the rise, and if he keeps performing at this level, his opponent may find it difficult to handle him.