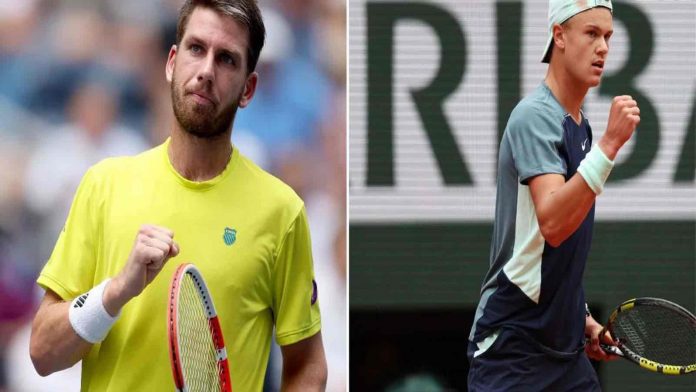 After receiving a bye in the first round, Norrie faced Aslan Karatsev in the following round. In the match’s opening game, he was able to secure a serve break. The World No. 14 answered by winning the next four games in a row to take the next break and go on to win the match 6-7 (8), 6-3, 6-4 in three hours. The Russian was the first to go up a break in the final set to lead 4-2.

After defeating Thiago Monteiro, Holger Rune will face Cristian Garin in Stockholm’s second round, who advanced to the quarterfinals of the 2022 Wimbledon. The kid won a break of serve in the opening set to go up 3-2, but he was unable to win the set by himself. Following Garin’s comeback break to square the match, the set quickly entered a tie-break. To win it, the young Dane held off the challenge from his rival. Rune won the match 7-6 (2), 6-1 in the second set, which was simpler. Rune dropped just one game in the second set.

Rune is 3-0 behind Norrie in the head-to-head matchup. At the 2022 US Open, he defeated them once in straight sets.

Even though Rune has advanced quickly this season, it has been difficult for him to surpass Norrie because of his maturity. Expect the British player to continue defeating the youngster.