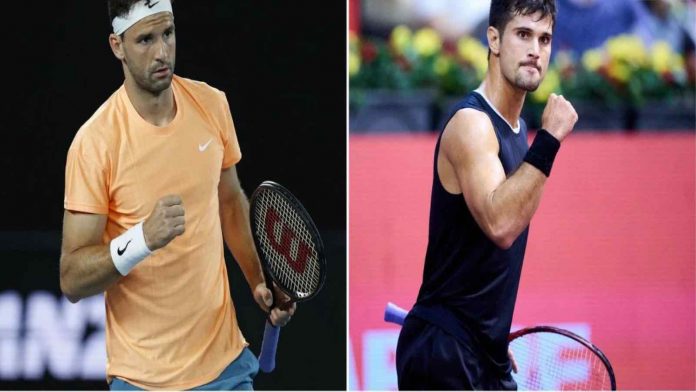 Dimitrov faced World No. 8 Andrey Rublev in the second round after defeating Thiago Monteiro in the first round. Early on in the first set, there were three consecutive service breaks, and the Bulgarian eventually had the upper hand to go up 3-1. After that, the two continued to play well on serve, with Dimitrov easily winning the set when it came time for him to wrap it up. The second set started with the pair evenly matched, but the Bulgarian broke serve in the fifth game to take the lead 3-2. At 5-4, Dimitrov volunteered to serve the decisive game-winning point, and he did so without encountering any opposition, taking the match 6-3, 6-4.

While this was happening, Marcos Giron defeated Tallon Griekspoor in the first round to earn a second-round matchup against World No. 13 Cameron Norrie. After obtaining a break of service to go ahead 5-3, Giron served the set out to win it. In the second set, Norrie was the first to reach a break point but was unable to take advantage of it. When presented with a similar opportunity, the American didn’t make the same error and converted his break point to take the lead 4-3. Following a further several holds, Giron served the game. At first, he had to avoid a few break points, but he finished the game on his first match point to win 6-3, 6-4.

The previous two meetings between the two were evenly divided, tying their head-to-head record at 1-1. At the 2022 French Open, Dimitrov triumphed in their most recent meeting in straight sets.

They both advanced to the quarterfinals without losing a set. With his impressive background, Dimitrov will be the favourite to win this match. In addition to having a higher level overall than Rublev, he is also better at mixing up his shots than Giron. There is no reason why the Bulgarian should lose this match if he maintains this level.