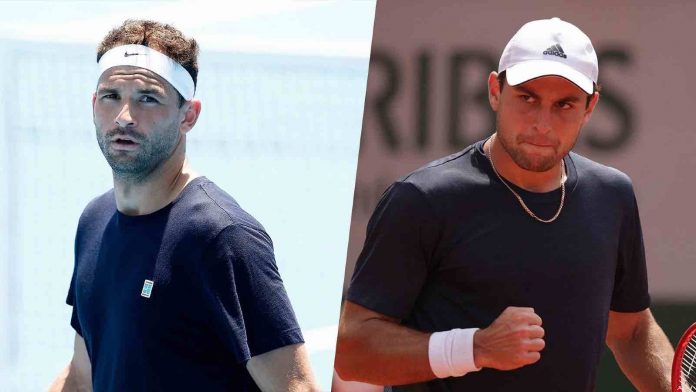 Come Tuesday, Grigor Dimitrov will take on Aslan Karatsev in the opening round of the 2023 Australian Open.

In the first United Cup of the new season, Dimitrov took part. He fell to Stefanos Tsitsipas in a hard-fought three-set match, but he beat David Goffin in straight sets. His journey came to an end at that point because Bulgaria was eliminated after the group round. He once reached the Australian Open semifinals, and he’ll be hoping to go even better in Melbourne this time.

As the new year got underway, Karatsev participated in the Tata Open Maharashtra, where he made it to the semifinals. His finest Grand Slam performance to date, the Russian made his breakthrough at the Australian Open in 2021, making it all the way to the last four.

The previous two encounters between the two were evenly divided, tying their head-to-head record at 1-1. At the San Diego Open in 2021, Dimitrov defeated his opponent in three sets.

A little portion of the impetus that helped Karatsev become famous in 2021 was lost. He has suffered several defeats over the last year, but he comes into this competition after a great start. Dimitrov also displayed respectable performance in both of his United Cup contests. They had their very first encounter in the Australian Open itself a few years back. The opening set was won by Dimitrov, but Karatsev came back to win in four sets. It’s anticipated that this will be a tight fight, with the Bulgarian having a tiny advantage to win in the end.

Prediction: Dimitrov to win in 5