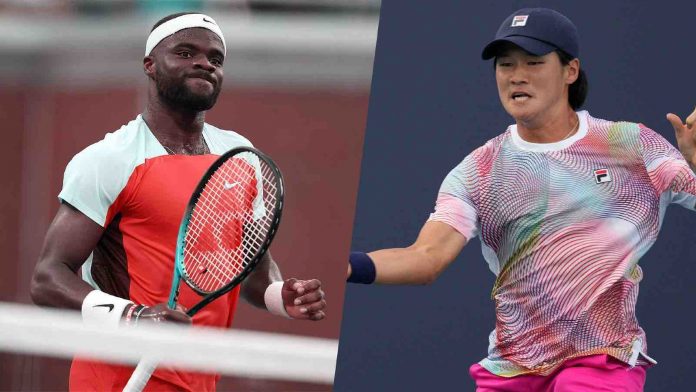 For a spot in the 2022 Rakuten Japan Open final, fourth-seeded Frances Tiafoe will compete against South Korean Soonwoo Kwon.

In the quarterfinals, the American defeated Serbian Miomir Kecmanovic 6-0, 6-4. Throughout the entire game, he gave Kecmanovic no break and was successful in breaking his serve four times.

As spectacular as Tiafoe, Soonwoo Kwon defeated Pedro Martinez of Spain in straight sets in his quarterfinal, 6-3, 6-0. The South Korean advanced into his first semifinal of the season by breaking his opponent’s service five times during the match while fending off a break point of his own.

Head-to-head, Tiafoe has a 1-0 advantage over Kwon. The sole previous match between the two took place in the Tokyo Olympic Games in 2021, with the American winning in straight sets.

Kwon has benefited greatly from his ability to baseline and his flat groundstrokes throughout the competition. He might not have enough weapons at his disposal to defeat Tiafoe, though. If he wants to stand a chance of making it to the title match, he will have to step up and take some chances. Expect Tiafoe to defeat the South Korean and go to the final given his current form and skill.