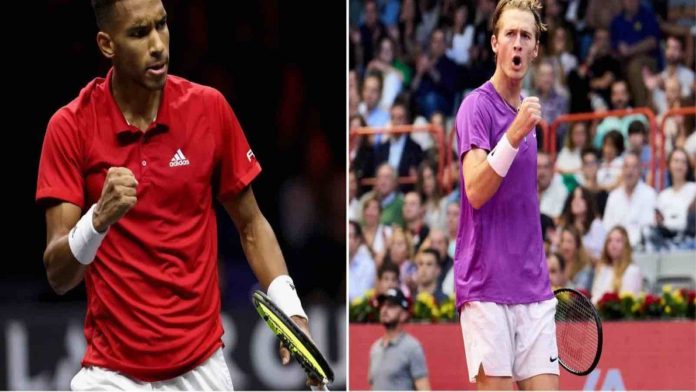 After receiving a bye in the first round, Auger-Aliassime beat Manuel Guinard and Dan Evans to get to the semifinals. In order to advance to the final round, he had to defeat seasoned player Richard Gasquet. In the first set, both players fiercely guarded their serves, forcing a tie-break. After sprinting to a 5-0 lead, Auger-Aliassime won the set. Similar events occurred in the second set, but the Canadian did get a break point this time but couldn’t take it. In the ensuing tie-break, Auger-Aliassime once again proved to be superior and won the game 7-6(2), 7-6. (3).

To advance to the last four in Antwerp, Sebastian Korda defeated Marcos Giron, Karen Khachanov, and Yoshihito Nishioka. Dominic Thiem, the 2020 US Open champion, was his opponent in the semifinals. In the opening set, which was decided by a tie-break, no player came close to a break point. In the tie-break, Thiem played more consistently and ultimately prevailed. Three serve breaks opened the second set, with Korda taking the lead 2-1 after having the upper hand. The American maintained his advantage and won the set by breaking his rival’s serve late in the match. After then, a tie-break was used to determine the winner of the match, with Korda defeating Thiem 6-7(4), 6-3, 7-6. (4).

The previous two meetings between the two were evenly divided, tying their head-to-head record at 1-1. At the 2022 Estoril Open, Korda triumphed in their previous meeting in straight sets.

This promises to be a tremendously intense and hard-fought match because both players are in fantastic form. Auger-Aliassime appears to have changed for the better after so many defeats in championship games. He also appears driven to qualify for the ATP Finals. Although Korda won’t give up easily, the Canadian will have the advantage in this fight.