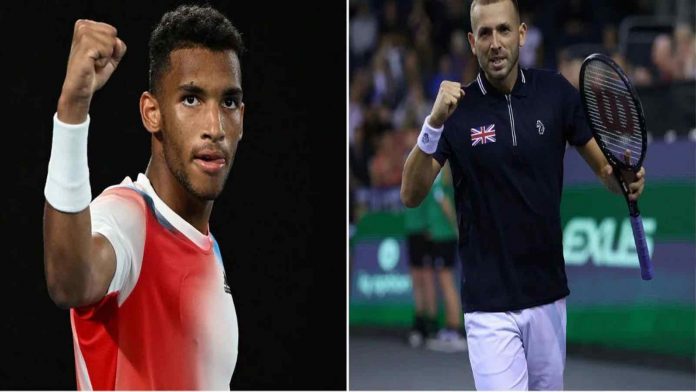 Second seed Felix Auger-Aliassime will square off against World No. 26 Dan Evans in the quarterfinals of the 2022 European Open on Friday.

Auger-Aliassime faced Manuel Guinard in the second round after receiving a bye in the first round. In the first half of the opening set, the two players were evenly matched. The Canadian improved at the finish, winning three straight games to take the set. Beginning the second set with a break of serve, Auger-Aliassime then increased his advantage with a hold of his own to go up 2-0. In the sixth game, Guinard had a break point to return to serving, but he didn’t take it. The Canadian won the match 6-3, 6-3 by maintaining the advantage he had gained and quickly serving out the contest.

In the opening round, Dan Evans defeated Tallon Griekspoor 6-4, 6-4. Constant Lestienne, ranked 69th in the world, was his opponent in the second round. The British player had some difficulty, but he quickly took a 5-1 lead in the first set. Before holding serve in the fourth game, he had to save three break points, but other than that, everything went according to plan for him. The opening set was quickly won by Evans, who also dominated his opponent in the second set. After Lestienne held serve to start the set, the British player rattled off six straight games to take the match 6-2, 6-1.

The two have a 1-1 head-to-head tie after splitting their most recent meetings evenly. At the Australian Open in 2022, Auger-Aliassime triumphed in straight sets.

As a result of his victory at the Firenze Open over the weekend, Auger-Aliassime is in excellent shape right now. Their first encounter in the Australian Open this year was very one-sided, with Evans failing to break his opponent’s service and going 0/3 on break points. Evans is a difficult player to deal with, but Auger-Aliassime, who now has momentum on his side, should be able to overcome him in the end.