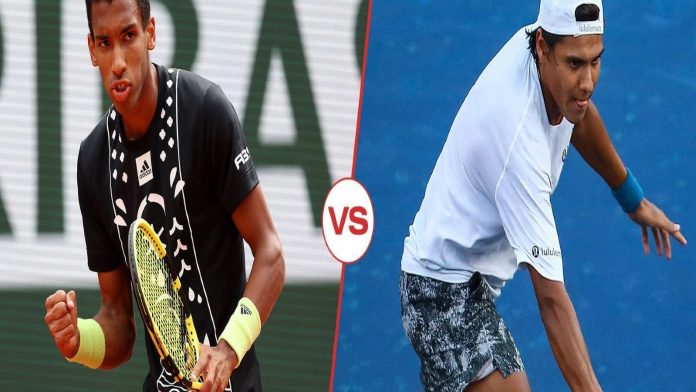 After a first-round bye, World No. 9 Felix Auger-Aliassime will take on Alex Hernandez in the second round of the 2022 Los Cabos Open on Wednesday.

On hardcourts, Auger-Aliassime had some impressive early-season performances. He was crucial in helping Canada win the ATP Cup for the first time. He defeated Daniil Medvedev in the Australian Open quarterfinals after taking the first few of sets, but he ultimately fell short in five sets. At the Rotterdam Open, Auger-Aliassime earned his first ATP championship after eight runner-up results. He advanced to the Open 13 final in Marseille the following week but fell to Andrey Rublev. At the Miami Open and Indian Wells Open, he later lost all of his matches. This year, the 21-year-old has a 15-6 record on hardcourts.

Alex Hernandez has mostly participated in competitions at a lesser level. He received a wildcard to compete in the Los Cabos Open, making it his ATP debut. Initially, John Millman was supposed to be his opponent in the first round, but the Australian pulled out of the competition. Nicolas Barrientos, a lucky loser, took his spot. Hernandez trailed 2-0 in the opening set after falling behind, but he appeared to turn things around when he broke his opponent’s serve to make it 2-1. But Barrientos once more capitalised on a mistake to take the lead, 3-1. The Colombian quickly took the set after maintaining his advantage. In the decisive set, the Mexican was also at a disadvantage because his opponent quickly took a 3-1 lead. Hernandez put on a comeback, winning four straight games to get to 5-3. He lost service while attempting to end the game, adding one last surprise. To win the match 3-6, 6-4, 6-4, he broke his opponent’s serve in the very next game.

In both the second and third sets of his first-round match, Hernandez came back from a break down to win. Even while serving for the match, he was broken, but he swiftly recovered to claim the victory. He did a good job at serving, and his return percentage was 47%.

Hernandez will need to punch far above his weight to prevail against the World No. 9 though. The powerful forehand and serve of Auger-Aliassime may be too much for the 23-year-old to handle. The Canadian will likely cruise past his opponent.