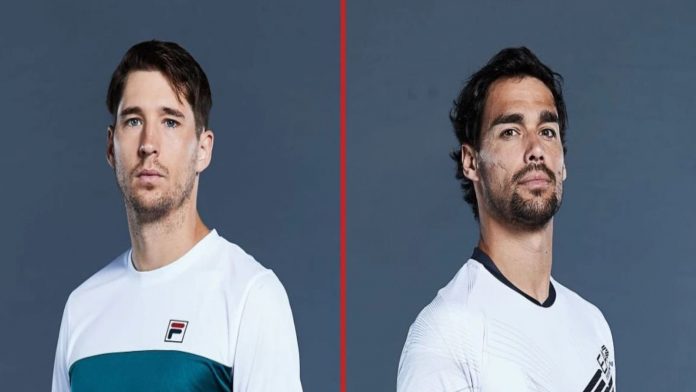 Former top-10 player Fabio Fognini will battle it out against Serbia’s Dusan Lajovic in an exciting opening-round encounter at the 2022 Winston-Salem Open on Monday.

Fognini, whose ranking has dropped to No. 61 after a dismal 2022 season in which he has a negative 14-16 win-loss record, will be eager to regain his best form going into the year’s last Grand Slam. Only twice this year has Fognini recorded back-to-back main-draw victories, making the semifinals at the Rio Open and the Serbian Open both times.

Similar to his opponent for the day, Lajovic has had trouble finding his form in 2022. The Serb has dropped to No. 87 in the world rankings after posting only 10 match victories versus 10 losses, and he will be eager to start a run here in Winston-Salem. With a run to the Austrian Open quarterfinals last month, where he defeated Aslan Karatsev, he did exhibit indications of resurgence. He will be confident of snatching a victory against Fognini, another out-of-sorts opponent.

Fognini leads Lajovic in their current head-to-head by 1-0.

The Serb is no stranger to pulling off surprises; over his career, he has earned a total of eight top-10 victories. However, battling it out in protracted baseline exchanges is unlikely to succeed against the resolute Italian. Lajovic needs to figure out how to take the initiative during the rallies and keep the points brief. If he cannot accomplish it, Fognini will finally exhaust him.

Prediction: Fognini to win in 3 sets.