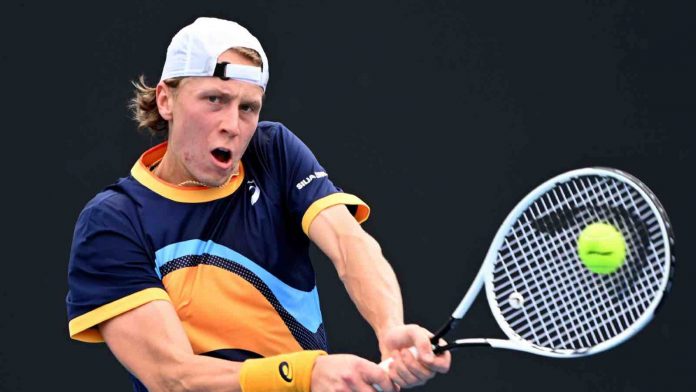 On Tuesday, September 27, the opening match of the 2022 Tel Aviv Open pits J.J. Wolf of the United States against Emil Ruusuvuori of Finland.

The American simply wasn’t ranked high enough to compete in Challengers and travel the world. His current ranking allows him to compete in ATP tournaments outside of the US, and he will test out indoor tennis in Tel Aviv. He is a very spirited tennis player who plays with a lot of aggression and a strong serve. Similar to most US players, although he still has to improve on consistency. If he delivers his best serve and best forehand, it’s either extremely awful or quite hypnotic, and he’ll be a challenge for any players. This year’s score is 34-24, although he is only 3-5 inside.

Emil Ruusuvuori was raised playing in indoor environments, thus he is fairly accustomed to doing so now. The Finnish player has a 73-28 career record indoors, so he has clearly had success there. He’s 0-1 so far this year after Alexander Bublik ended his run at Metz last week, but it was a close game that he had a chance to win. With a 36-28 overall record and two victories in two indoor Davis Cup matches previous to Metz, he has had a very successful year overall. He is obviously in good form, and he will use this opportunity to face Wolf. Recently, they competed in Cincinnati, and Ruusuvuori easily won.

Recently, they competed in Cincinnati, and Ruusuvuori easily won. He should feel quite confident going into this one, and I fully anticipate him to prevail. Although he will need his serve to be with him, he is likely to succeed. It’s his best chance, and without it, his game is open to attack. But anticipate him to deliver.