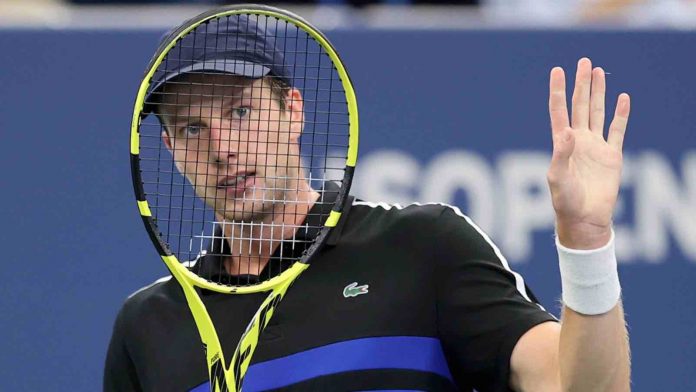 On Tuesday, September 27, the 35th-ranked Botic van de Zandschulp will play 61st-ranked Joao Sousa in the opening round of the 2022 Tel Aviv Open.

Despite the fact that van de Zandaschulp would have preferred to perform far better than his second-round exit at the US Open, his recent record has been fairly respectable, and it might only be a matter of time before he becomes a major player in a competition. The Dutchman has also won three straight singles matches at the Davis Cup. The fact that those wins occurred against better players than expected, at least by the bookies’ odds, makes them particularly noteworthy. It began with a three-set victory against Alexander Bublik, followed by straight-set victories over Cameron Norrie and Taylor Fritz for van de Zandaschulp. His third appearance of the season—he’d also reached the final twice—came earlier in Winston-Salem in the semifinal.

Nothing can stop Sousa from returning to his former position as a top-30 player, but his performances this year suggest otherwise. Sousa has only won 13 of the 30 main draw games he has played at the top level in 2022, with eight of those coming in only two tournaments. Those victories came in Pune and Geneva, where he advanced to the finals before falling to Casper Ruud and Emil Ruusuvuori, respectively. That suggests that when Sousa is in a good mood, he may go far, but that other times, he doesn’t have many victories to his credit. In fact, he has only won a main draw match in two of his previous 11 tournaments.

Being a favourite, van de Zandaschulp shouldn’t have too many problems. It’s difficult to say how many sets will be played because we believe Sousa will fight but anticipate van de Zandschulp to win.