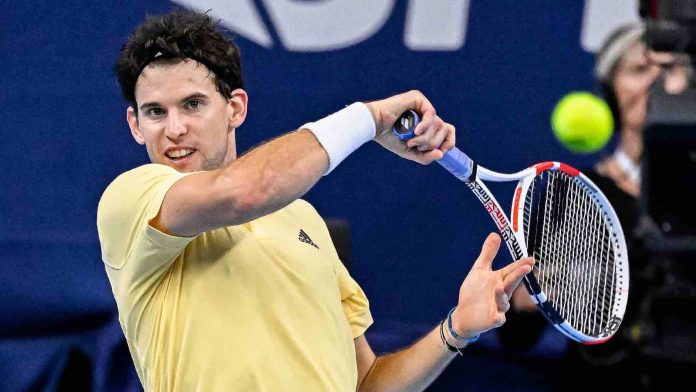 On Saturday, October 22, in Antwerp, Belgium, the semifinal match of the 2022 European Open will feature Dominic Thiem of Austria, ranked 132nd in the world, taking on American Sebastian Korda.

The 22-year-old Korda needs one more victory to make it to two finals in a row. Friday saw Korda in excellent form as he defeated Yoshihito Nishioka of Japan 6-0, 6-2 in in 53 minutes. Additionally, he won 92% of his first serve points while hitting 31 winners and serving 8 aces. The world’s 36th-ranked player improved to 11-3 this year on indoor courts. In Gijon last week, he had advanced to his third career final and first of the year, but after losing to Andrey Rublev, he was unable to add to his one tour-level victory. Korda beat fellow countryman Marcos Giron in three sets to start his Antwerp campaign. In the second round, he defeated the fourth seed Karen Khachenov 7-5, 7-6 (11-9).

In a thrilling three-set quarterfinal on Friday in Antwerp, Dominic Thiem overcame first seed Hubert Hurkacz after falling behind a set. Hurkacz took a one-set-to-love lead in the ninth game after Thiem squandered a break point opportunity. The Austrian displayed steely grit in the second set as he saved three match points in the tiebreak before taking the lead and tying the match at one set apiece. In the third game, neither player was broken, hence a tiebreak was required to decide who won. This time, Thiem established a sizable 6-2 advantage and executed a flawless serve to win the match 3-6, 7-6 (11-9), 7-6. (7-4).

It’s challenging to predict a winner because both players are in excellent form. The fact that Korda won his quarterfinal quickly and will be extremely rested for the match works in his favour. The fact that Thiem defeated the #1 seed shows he is a very determined player. With Thiem using all of his experience to erase his finals slump, expect a thriller.