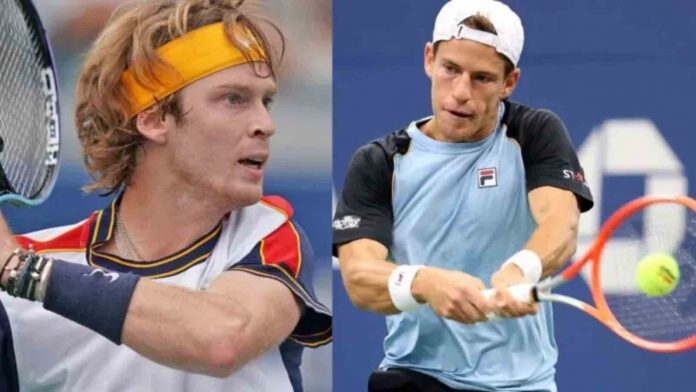 At the 2022 Erste Bank Open, Andrey Rublev, the third seed, will play Diego Schwartzman in the opening round.

Rublev has put together another season that has been reliable. He reached the semifinals of the Rotterdam Open after losing in the third round of the Australian Open. Then he won back-to-back championships in Dubai and Marseille. In the Indian Wells Masters semifinals, his winning run was snapped. Recently, Rublev participated in the Gijon Open. To win the title, his fourth of the year, he overcame Ilya Ivashka, Tommy Paul, Dominic Thiem, and Sebastian Korda.

Although Schwartzman is having a respectable season, lately he has been struggling. After leaving the Australian Open early, he advanced to a few finals in South America before falling to Casper Ruud and Carlos Alcaraz. The Argentine’s successful clay court run came to an end in the fourth round of the French Open against Novak Djokovic. He had a terrible grass swing, winning only one match out of three. In the third round of the season’s final Grand Slam, he was defeated by Frances Tiafoe. He hasn’t won a game since then. He lost his Davis Cup and Laver Cup matches, and he then lost in the opening round in Tel Aviv and Antwerp.

In their head-to-head matchup, Rublev leads Schwartzman 2-1. At the San Diego Open in 2021, he defeated them in straight sets.

In 2019, Schwartzman made it to the title round in Vienna and advanced to the quarterfinals the previous year. He is a good player from the baseline, but lately he hasn’t been quite as good. His serve return, which used to provide him an advantage in games, has also been subpar recently. Conversely, Rublev has been competing fairly well and is expected to hold up to whatever test Schwartzman throws his way. Expect the Russian to have a successful opening in Vienna.