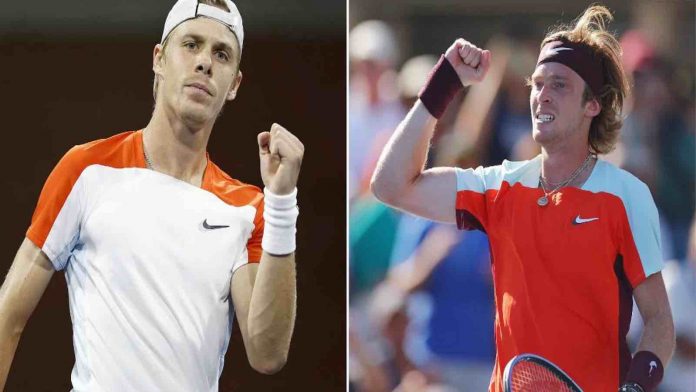 Ninth seed Andrey Rublev will take on 19th seed Denis Shapavalov in the third round of the US Open on Saturday.

Rublev won championships in Belgrade, Dubai, and Marseille to get the year off to a quick start. He hasn’t advanced to another final on the circuit since that time, though. The Serbian Laslo Djere gave the Russian a tough time in the first round of the US Open, but the Russian prevailed in five sets, going 7-6(5), 6-3, 3-6, 4-6, and 6-4. He defeated Kwon Soon-woo of South Korea in the second round with precision, winning in straight sets to go to an exciting matchup with Shapovalov.

Contrarily, Shapovalov is having a typical season by his standards, winning 21 games while losing 18. The Canadian has performed poorly in the Majors, with the exception of the Australian Open, where he reached the quarterfinals. In both of his matches at the US Open, Shapovalov was challenged, but he persevered. Marc-Andrea Huesler need five sets to defeat him, and Roberto Carballes Baena required four sets to defeat him despite his tattered appearance.

The duo have squared off four times, with the head-to-head tied at 2-2.

This is a tough match to call as both players have a similar approach. But considering Shapovalov’s lack of confidence at the moment, expect Rublev to win the big moments and make his way through to the Round of 16.

Prediction: Rublev to win in 4