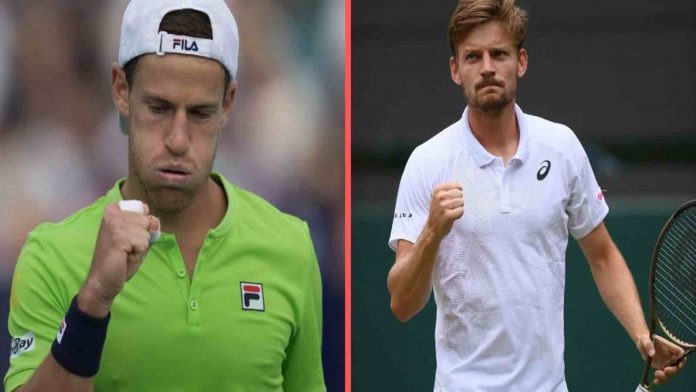 On Thursday, the second round of the European Open will see Diego Schwartzman, the third seed, taking on David Goffin.

This season, Schwartzman competed in two claycourt finals, one each at Rio de Janeiro and Buenos Aires, where he was defeated by Carlos Alcaraz and Casper Ruud. Additionally, he advanced to the Monte-Carlo Masters quarterfinals. His greatest results this season have been third-round appearances at the US Open, the Indian Wells Masters, and the Cincinnati Masters. The Argentine has been underwhelming on hardcourt thus far. The most recent competition Schwartzman played in was the Tel Aviv Open, when he lost to Arthur Rinderknech in the opening round with scores of 6-3, 2-6, and 7-6(7).

Goffin’s lone victory in 2022 came at the Grand Prix Hassan II in Marrakech, where he defeated Alex Molcan in the championship match. This week, Goffin played fellow countryman Gilles Arnaud Bailly in the opening round of the European Open in Antwerp. It was a closely contested first set, and the first player had a set point at 5-4. The set went to a tiebreaker, which Goffin won 9-7 after Bailly made a save. In the second set, the 17-year-old rallied and won it 7-5 to send the match into a decider. In the final set, the players traded breaks until Goffin made the crucial one in the seventh game. He ultimately prevailed 7-6(7), 5-7, 6-4 to advance to the European Open second round.

Prediction: Schwartzman to win in 3