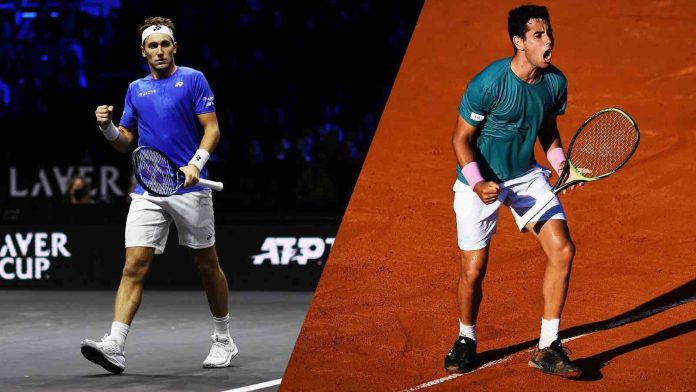 Tuesday’s first round of the 2022 Japan Open will feature Casper Ruud, the third-ranked player in the world, playing Spain’s Jaume Munar.

The current season of Ruud’s career is going very well. He made it to the Grand Slam finals on two separate occasions but lost both matches. At the French Open and the US Open, he was defeated by Rafael Nadal and Carlos Alcaraz, respectively. A career-high rating of No. 2 was achieved thanks to his performance in New York. All three of Ruud’s victories this year have been on clay. He also made it to the Miami Open final, his first Masters 1000-level victory, but Alcaraz overcame him. Last week, the Norwegian took part in the Korea Open and fell to Yoshihito Nishioka in the quarterfinals.

Jaume Munar has recently experienced some difficulties. His finest results throughout the season were a pair of semifinal finishes at ATP 250 competitions. The Spaniard has only been able to win two games since August. In the opening round of the Winston-Salem Open, Munar overcame Tseng Chun-hsin before falling to Botic van de Zandschulp. Then, in his following two competitions, he was defeated in the opening round. He was up 2-1 in the first set of the opening round of the Korea Open last week when Yosuke Watanuki had to withdraw due to injury. In the following round, the 25-year-old was defeated by Denis Shapovalov.

In the head-to-head matchup, Ruud is up 2-0 on Munar. At the 2022 Swiss Open, he defeated them in two thrilling sets.

The Norwegian now appears to be the aggressor more frequently, and his slightly modified backhand is highly effective. Ruud prevailed in two tie-breaks on their prior encounter a few months back. But the game was played on clay, and Munar played his best on that surface. Ruud is keen to make amends for last week’s dismal performance. He won’t likely have a lot of issues with Munar.