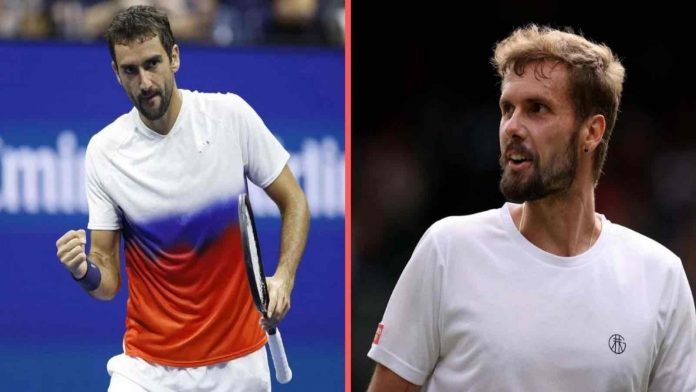 On Wednesday, the first round of the Astana Open will see Marin Cilic, the ninth seed, taking on Oscar Otte.

The Croat has played far this season put up some spectacular performances, most notably making it to the French Open quarterfinals. He advanced to the round of 16 in the US Open but fell to eventual champion Carlos Alcaraz in a difficult five-set match. After competing in the Tel Aviv Open, Cilic won matches over Dominic Thiem and Constant Lestienne to advance to the final. He lost 6-3, 6-4 to Novak Djokovic in the championship match.

Oscar Otte had a respectable grass-court season, making it all the way to the semifinals of the German Opens at Halle and BOSS. Before falling to Carlos Alcaraz, he advanced to the third round of Wimbledon as well. Otte lost his Davis Cup matches against Adrian Mannarino and David Goffin in addition to being eliminated in the first round of the US Open and Moselle Open. Following that, the German participated in the Sofia Open as the eighth seed and advanced to the second round before falling to Kamil Majchrzak.

Cilic like to finish off points swiftly and does not participate in many protracted rallies. The Croat’s serve is a crucial tool that earns him many unearned points. Both players actually depend on their serves to help them win games. If the German is to win, he will need to perform at the peak of his game. Cilic should be able to defeat Otte and go to the round of 16 if he keeps up his serving statistics and maintains a low unforced error rate.