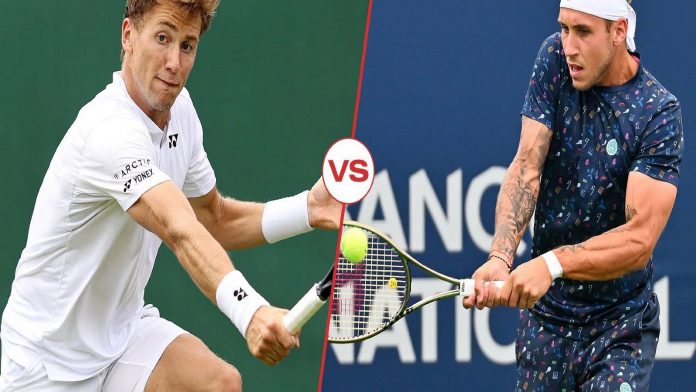 Fourth seed Casper Ruud will face Alex Molcan in the second round of the Canadian Open on Wednesday.

This season, the Norwegian has won three championships while winning 35 of 48 games. Ruud won the Argentina Open, defeating Diego Schwartzman in the championship match, to claim his first victory of the year. He then defeated Joao Sousa in the Geneva Open final to claim victory. At the Swiss Open in Gstaad a few weeks earlier, Ruud won his third championship of 2022. He overcame a set deficit to beat Matteo Berrettini 4-6, 7-6(4), 6-2 in the championship match. The French Open Grand Slam final, when the 23-year-old lost to Rafael Nadal in straight sets, was his first Grand Slam semifinal appearance. This season’s most important achievement for the player was that. Additionally, he advanced to the Italian Open semifinal and the Miami Masters final.

This season, Molcan has won 23 of its first 37 games, making it to two finals in Lyon and Marrakech. The Slovak, however, lost against David Goffin and Cameron Norrie, respectively. In the Hamburg European Open, Molcan advanced to the semifinals after defeating Borna Coric, Pablo Carreno Busta, and Marko Topo. In the last four, he lost to eventual runner-up Carlos Alcaraz. Molcan participated in the Canadian Open and overcame Mackenzie McDonald 7-6(1), 6-4 to get to the second round.

Ruud’s hardcourt game has improved a lot in the last year-and-a-half, with the Norwegian employing more aggressive tactics. The 23-year-old will look to dictate play from the baseline with his solid forehand. He is also a competent server and is capable of accumulating a lot of aces. Molcan also has a good serve, winning 77% of his first serve points and 70% of those on his second serve against Mackenzie McDonald. The Slovak will have to produce his best tennis if he is to stand a chance against Ruud. The Norwegian should be able to get the better of Molcan with little trouble and move to the next round of the Canadian Open.