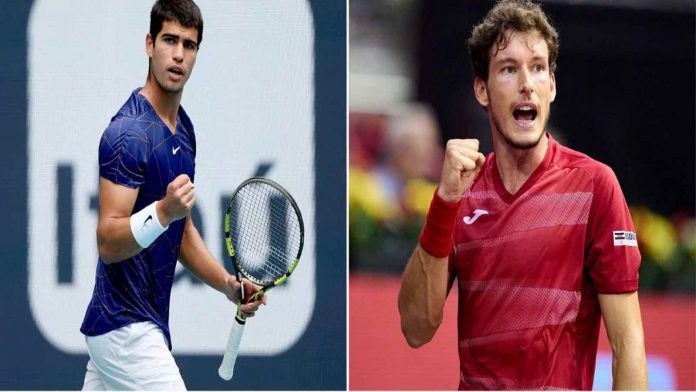 On Friday at the 2022 Swiss Indoors, Carlos Alcaraz and Pablo Carreno Busta set up an all-Spanish quarterfinal matchup.

In the second round, Alcaraz faced Botic van de Zandschulp after defeating Jack Draper in three sets. Early in the first set, the teenager had a break point but couldn’t take advantage of it. In the seventh game, he was given another chance and this time didn’t miss, putting him 4-3 ahead. Soon later, the young Spaniard won the set. With a 2-0 lead, Van de Zandschulp got the second set off to a good start. After that, Alcaraz upped the ante and won six straight games to take the match 6-4, 6-2.

In this matchup, Alcaraz and Carreno Busta are ahead 1-0. At the Barcelona Open in 2022, he defeated them in straight sets.

Over the course of the full year, Alcaraz’s consistency and form have well outpaced Carreno Busta’s. The young Spaniard might have some difficulties, but should ultimately be able to defeat his opponent.