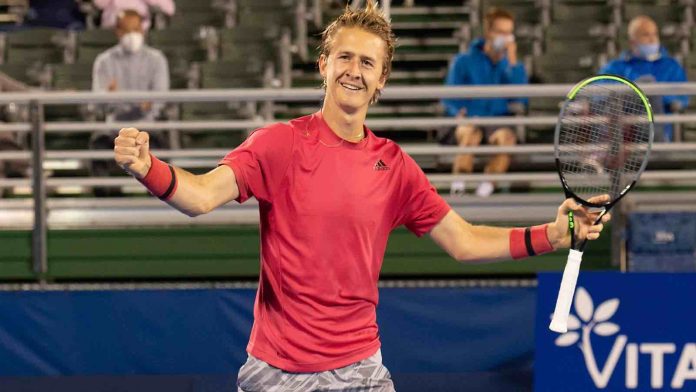 In the semifinal of the 2022 Gijon Open on Saturday, October 15, American Sebastian Korda, ranked 47th in the world, will compete against World No. 56 Arthur Rinderknech.

In three sets, Sebastian Korda defeated Andy Murray to advance to the Gijon Open semifinals. The World No. 47 defeated Murray 6-4, 1-6, 6-1 in two hours and 28 minutes by hitting 43 winners to Murray’s 25 and winning 29 of 40 net points. The American won in three sets for the second time in a row. Third seed Roberto Bautista Agut was defeated by Korda 5-7, 6-4, 6-4 in a match that lasted two hours and 45 minutes in the second round. Korda had come back from a set down. In that game versus the Spaniard, the 22-year-old had 53 winners. However, he easily defeated another Spaniard, Jaume Munar, in the opening round, winning 6-4, 6-1. Korda increased his record for the year to 29-19.

In a hard-fought quarterfinal match against Pablo Carreno Busta that lasted three hours and five minutes, Arthur Rinderknech fought back and saved nine match points to defeat the second seed 4-6, 6-3, 7-6 (18-16). In the game, the 56th-ranked player in the world served 14 aces and hit 55 wins. He defeated the World No. 15 despite winning only 106 points in the match—five fewer than Carreno Busta. In the first two rounds, Rinderknech defeated Carlos Taberner and Constant Lestienne, respectively, by scores of 6-3, 6-3 and 6-4. The Frenchman will compete in his third tour-level semifinal of the season on Saturday after reaching the quarterfinals of his previous two tournaments in Metz and Tel Aviv.

While Korda may not have advanced to many quarterfinals and semifinals this year, overall he has been in good shape and has defeated some notable opponents this season. The American has defeated Andy Murray and Roberto Bautista Agut in this competition as well. He will therefore be the favourite. He will also be the most rested of the two players because Rinderknech endured a taxing match on Friday. Overall, anticipate Korda’s advancement.