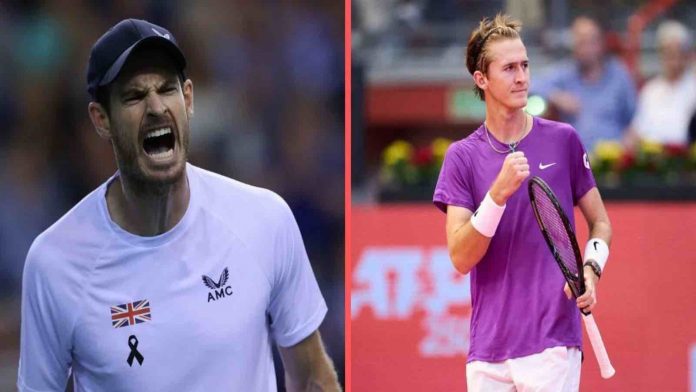 On Friday, Andy Murray and Sebastian Korda will square off in the Gijon Open quarterfinals.

In the first round of the ATP 250 tournament, Murray faced Alejandro Davidovich Fokina after being given a wildcard. The Brit won the first set 7-5 after recovering from a break deficit then dominated the second, winning it 6-2 to go to the second round. The 35-year-old was up against Pedro Cachin of Argentina, who took the first set 6-2. In the closely contested second set, Murray won 7-5 and sent the match to a decider after making the crucial break in the penultimate game. Murray prevailed 7-3 in the tie-break to win the final set and go to the quarterfinals.

In the first round of the Gijon Open, Korda met Spaniard Jaume Munar and defeated him 6-4, 6-1 to advance to the next round. He faced Roberto Bautista Agut, the third seed, in this match. In the opening set, both players had excellent serves, but the Spaniard broke to take it 7-5 in the final game. The American, though, came back to win it 6-4 and tie the game. In the first game of the decisive set, Korda broke Bautista Agut. In the eighth game, the Spaniard made a valiant effort to break back and had three break points. The World No. 47 maintained his composure, though, and won the set 6-4 to go to the quarterfinals.

Murray’s latest game saw more winners (31) than unforced errors (19). In contrast to the first round, where he only struck six shots, the number of unforced errors was still significant. The young American would struggle to keep up with the Scot’s serve, groundstrokes, and return game. In his most recent game, Korda scored 52 goals, including 16 aces. He will have a solid chance of winning if he can match Murray’s performance in terms of numbers. However, as was already noted, Murray can call on a lot of expertise, which should help him in this situation.