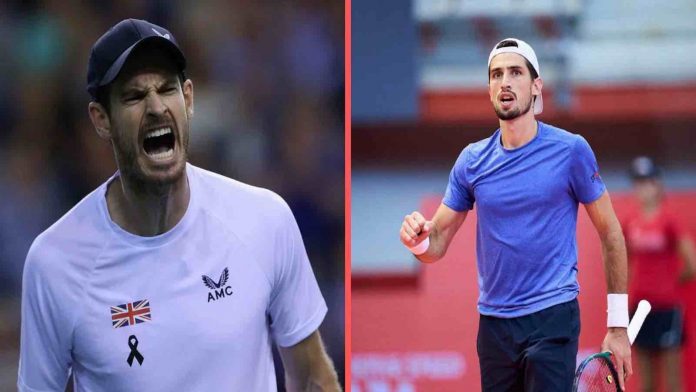 On Thursday, the second round of the Gijon Open will feature Andy Murray versus Pedro Cachin.

This season, Murray has displayed some encouraging performances, making it to two finals in Sydney and Stuttgart. He was given a wildcard for the Gijon Open, where his first-round opponent was sixth-seeded Alejandro Davidovich Fokina. Early in the first set, the Spaniard broke Murray thanks to a strong start. The former World No. 1 battled back, though, and won the set 7-5. Murray dominated the second set and won it 6-2 to advance to the tournament’s second round.

The highlight of Cachin’s season was his third-round appearance at the US Open, when he defeated Aljaz Bedene and Brandon Holt before falling to Corentin Moutet. The Argentine’s subsequent ATP tour event was the Gijon Open, where the first round of that matchup pitted him against Russian qualifier Alexey Vatutin. Due to a close match, the first set required a tiebreak, which Cachin won 7-2. The 27-year-old easily won the second set, taking 24 of the final 28 games to take it 6-0 and advance to the Round of 16.

In his most recent encounter against Alexey Vatutin, the Argentine served superbly, winning 72.7% of the points (40 out of 55). Murray’s return game, though, will put Murray’s serve to the test. The Scot should have little issue defeating Cachin and securing his spot in the Gijon Open quarterfinals based on how he performed in his most recent match.