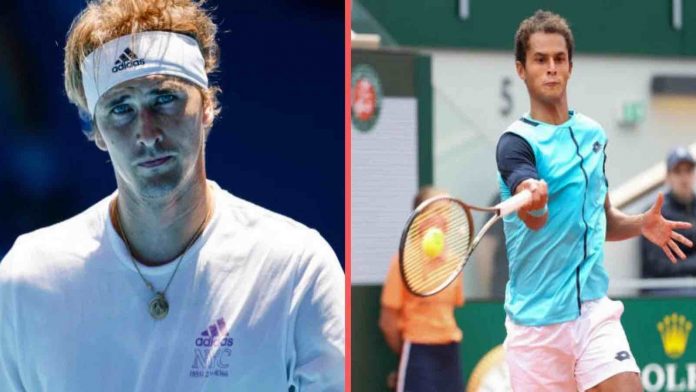 Tuesday’s first round of the 2023 Australian Open will pit Alexander Zverev versus Juan Pablo Varillas.

In the first half of the season, Zverev made it to the finals of the Madrid Open and Montpellier tournaments, where he was defeated by Carlos Alcaraz and Alexander Bublik, respectively. Additionally, the former World No. 3 made it to the semifinals of the Monte Carlo Masters and the Rome Masters, where Stefanos Tsitsipas defeated him both times. While playing for Team Germany at the United Cup, he made a comeback to competitive tennis but was unable to defeat Taylor Fritz and Jiri Lehecka.

Meanwhile, Juan Pablo Varillas will start the season’s first Grand Slam as a lucky loser. The majority of the tennis player’s career has been spent competing in ITF Futures and challenger events. In the 2022 season, he had a breakthrough when he advanced to the French Open main draw and forced Felix Auger-Aliassime into a fifth set. Additionally, he advanced to the Swiss Open quarterfinals, where he was defeated by Dominic Thiem, and the Round of 16 in Kitzbuhel, where he was defeated by Albert Ramos-Vinolas. He finished the season slightly outside the top 100 in the global rankings.

Zverev’s powerful style of play fits the Australian Open’s fast-paced environment nicely. The German can take the racquet out of any player’s hands with his serve and strong groundstrokes on his best day. Varillas, who favours clay courts on speedier surfaces, will probably struggle to contain the former US Open finalist’s firepower. Anything else than a victory in straight sets for the German would be unexpected, even given the best efforts of his opponent.