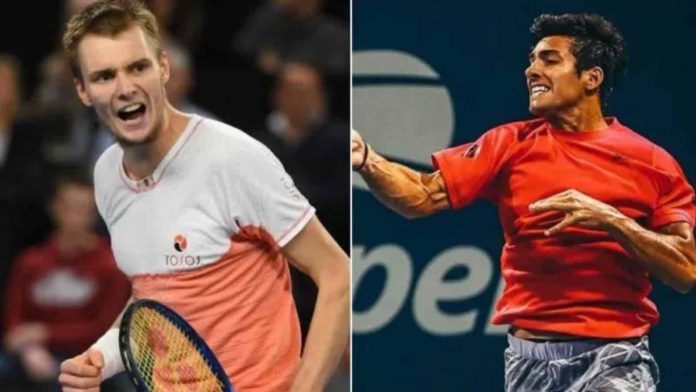 7th seed In the opening round of the 2022 Florence Open, Cristian Garin of Chile will take on Alexander Bublik of Kazakhstan.

This year, Alexander Bublik has a very impressive indoor score of 10-3, but his time in Kazakhstan wasn’t particularly pleasant. To be fair, Hubert Hurkacz, an indoor force, confronted him, and the Polish player proved to be superior. Prior to Astana, Bublik competed in two indoor events, both of which had finals. He defeated Sonego in the most recent final after winning the first one earlier in the year. It is obvious that he feels most comfortable indoors, and it is simple to understand why. In these circumstances, his serve is devastating, so we should definitely include it as well.

Cristian Garin recently competed in his first indoor match of the year in Astana, and it wasn’t very successful. He did play against a particular Novak Djokovic, so that definitely had a role. In general, Garin has had a horrible year. The one major accomplishment was reaching the quarterfinals at Wimbledon, but things haven’t looked bright since then. He didn’t play much either, and since that time, he’s gone 1-5. The issue is that there are some very awful losses to players who are well below his regular level.

Garin leads the head-to-head 1-0, winning their only match at Hamburg in 2020.

Garin is a decent returner of the ball, but indoors Bublik has even more motivation to use all of his might, and the return is another important point. His 29-24 record demonstrates that he typically wins more games than he loses, demonstrating the importance of aggressive tennis. This year, Garin has not performed at all as he usually does. He hasn’t performed as well as he can for a while, and it’s unlikely that will improve much indoors. In this one, Alexander Bublik is greatly favoured, and with good reason. He is by much the superior indoor player, and he ought to be able to demonstrate that in this contest.

Prediction: Bublik to win in 3